Fox and Friends host Rachel Campos-Duffy calmly but forcefully shot down Rep. Dan Crenshaw’s hawkish claim that people questioning whether the US should get more involved in Ukraine are parroting “Putin talking points” during a segment on Thursday.

Crenshaw went on a tirade after Campos-Duffy asserted that “most Americans” question getting too involved in the conflict.

Campos-Duffy had said that valid points are coming from both sides — but a visibly irritated Crenshaw claimed that there is only a “small minority” of people on the fringes of the right who do not want to get more involved.

“I think it is a very small minority who say that we shouldn’t care about what goes on in the world…” Crenshaw began.

Campos-Duffy stopped him and asserted, “that’s not what I said.”

“I know, but that’s what a lot of people say. And they do repeat Putin’s talking points. And that’s a problem when they start repeating Putin’s talking points and repeating lies about Ukrainians… Alliances do matter… It is not America First to watch around the world as Russia and China take over and destroy our allies. That’s America last,” Crenshaw claimed.

On an episode of his Hold These Truths with Dan Crenshaw podcast in December, the neoconservative congressman said that anyone who opposes endless war is a “friggin’ idiot.”

“We’re the United States of America, so we always have to be prepared for everything,” Crenshaw said.

“China just has to prepare for subjugating their own people, that’s one of their big focuses, and then they have to focus on screwing with us,” Crenshaw continued. “Russia is primarily focused on its periphery. They want the Ukraine. That’s usually what they care about.”

Crenshaw claimed that, essentially, it is the job of the American military to be the world’s police.

“We have to care about everything, and it should be that way,” he said. “I think too many on our side get hung up on this issue. They pretend we can be an ostrich and hide, and that just makes you an easy target. It’s unbelievably naive reasoning and dangerous reasoning and stupid.”

“Everyone who has ever screamed, ‘No more endless wars’ as their foreign policy is a friggin’ idiot,” Crenshaw stated.

Do you not want our country to send another generation of troops to defend random places across the world with no strategic interest to America?@RepDanCrenshaw says you’re a “friggin idiot” pic.twitter.com/96LcmRdgrB

The term “endless wars” has been used regularly by President Donald Trump and his supporters.

“We are ending the era of endless wars,” Trump said in a speech at West Point in 2020. It is not the job of American forces “to solve ancient conflicts in faraway lands that many people have not even heard of.”

The term is not exclusive to the right and is also commonly invoked by Vermont Senator Bernie Sanders and his supporters.

“The American people don’t want endless war. Neither do we want a foreign policy that is based on the logic that led to those wars and corroded our democracy: a logic that privileges military tools over diplomatic ones, aggressive unilateralism over multilateral engagement, and acquiescence to our undemocratic partners over the pursuit of core interests alongside democratic allies who truly share our values,” Sanders wrote. “The time has come to envision a new form of American engagement: one in which the United States leads not in war-making but in bringing people together to find shared solutions to our shared concerns. American power should be measured not by our ability to blow things up, but by our ability to build on our common humanity, harnessing our technology and enormous wealth to create a better life for all people.” 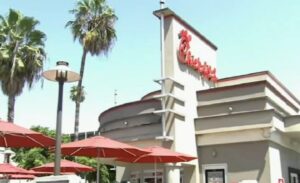