The governors of Connecticut, New York, New Jersey and Pennsylvania have agreed to share gun-related data in an effort to prevent crime.

With the e-tracing system, law enforcement agencies from the states will be able to share data across state lines in order to detect, deter, and investigate gun crime. The governor said most guns in their region come from Florida, South Carolina and Georgia. The aim of the data-sharing program is to help law enforcement trace the origin of weaponry.

The governors announced the five-year agreement at a virtual press conference.

“The reality is that guns don’t understand the concept of state lines, but those who purchase them do,” said New Jersey Gov. Phil Murphy, who led the announcement. “Working together we can as a region put in place the safeguards we need to combat the trade [of] illicit guns as we continue imploring Congress to enact strong national gun safety measures.”

Connecticut Governor Ned Lamont compared the agreement to the war on drugs:

New York Governor Kathy Hochul said she wants the system to be adopted on a larger scale.

“If Congress would simply allow us to share this nationally, what a better place we would be [in]. But in the meantime, this is where the states are the incubators, so they are the ones that are the innovators that come up with policies — working collaboratively among ourselves we can do so much more together,” Hochul said.

New York, New Jersey and Connecticut all regulate the private sale of firearms while Pennsylvania does not.

Pennsylvania Governor Tom Wolf said increased efforts to track guns were necessary as “gun violence and gun homicide rates have risen over the past year.”

Wold said, “The isolation that many experienced — at least this has been our experience in Pennsylvania — also stripped away support networks and safety nets. At the same time, it caused increasing stress, anxiety, fear, and clearly anger.”

He said gun homicides statewide increased 48%, citing statistics from the state police. The governor added that 67.5% of gun homicide victims in Pennsylvania were black, even though black Pennsylvanians make up just 12% of the total population.

“Gun violence cuts right to the heart of our communities, tearing families apart,” he said.

Kim Stolfer, state president of Firearms Owners Against Crime, expressed concern that the tracking system would lead to unwarranted negative treatment of those who legally own firearms.

“I have a great deal of concern considering the track record of other states’ way of harassing people they perceive as gun owners and having a gun,” he said, per Penn Live. “They interlink the license plate with the database and the names and people are harassed who are simply exercising their constitutional right.”

He argued that cracking down harder on illegal gun trafficking and people who commit crimes with illegal guns would be a better solution for stopping gun violence.

“Tracing firearms from one state to another is great, but that occurs only after the shooting happens,” Stein said to CT Post. “We would like money spent on gun violence prevention and intervention rather than concentrating on law and order. The governor’s actions seem to go back to law enforcement time and time again. Prevention, intervention and aftercare are needed to solve this problem.”

During the 12-minute video news conference, the governors jointly urged other states to set up similar data-sharing programs. 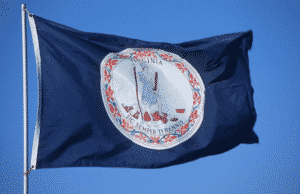