Former General Hospital star Ingo Rademacher is suing ABC over their refusal to honor his religious exemption to their vaccine mandate.

Rademacher played Jasper Jacks on the show for nearly 25 years before his exemption was rejected.

The soap actor filed the lawsuit on Monday, arguing that the lawsuit is unconstitutional and that their rejection of his exemption and questioning the sincerity of his beliefs was religious discrimination.

“I am entitled to a religious exemption against mandatory vaccination for COVID-19 on the basis of my deeply and sincerely held moral belief that my body is endowed by my creator with natural processes to protect me and that its natural integrity cannot ethically be violated by the administration of artificially created copies of genetic material, foreign to nature and experimental,” Rademacher wrote in an Oct. 11 email to Disney’s HR department, which was obtained by Variety.

According to the Variety report, Rademacher said that he had a meeting with Human Resources about the mandate that was “was more akin to cross-examination.” The suit states that, “this should not be a political issue. There is no need for everybody to get the COVID-19 shot, even if the president demands it.”

A second General Hospital star, Steve Burton, was also fired from the show after he refused to comply with the network’s COVID-19 vaccine policy.

Burton, who played Jason Morgan, said in a video posted to his social media that, like Rademacher, he had applied for religious and medical exemptions, but was denied.

“I wanted you to hear it from me personally,” Burton said in a video posted to Instagram. “Unfortunately, ‘General Hospital’ has let me go because of the vaccine mandate. I did apply for my medical and religious exemptions, and both of those were denied. Which, you know, hurts. But this is also about personal freedom to me.”

Burton had been playing Morgan on the soap opera since 1991. His final episode aired on November 22. 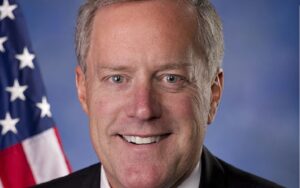