Sarter’s proposed legislation would create autonomous African American zones within D.C. — complete with their own mayor and legislatures.

Sarter dropped out of the race for DC Council member prior to the election.

The areas that Sarter is reportedly eyeing include Anacostia, Langdon/Brentwood, and Shepherd Park, according to local DC reporter Martin Austermuhle.

Former At-Large DC Council candidate Addison Sarter is expected to propose a new ballot initiative: the Black Autonomy Act. It would create autonomous African American areas within D.C. with their own mayor and legislatures — including Anacostia, Langdon/Brentwood, Shepherd Park.

While the idea has been panned online as blatant segregation and a terrifying glimpse into the goals and direction of the Black Lives Matter movement, Sarter claims that his idea is “not segregation.”

“African Autonomy is not segregation. African autonomy is simply the act of African American people controlling the institutions in our communities. This initiative would NOT prevent African Americans from being able to live or travel to the rest of DC/ West of the Anacostia River,” he wrote. “This bill would NOT prevent white people and non-African Americans from being able to travel east of the River. An example would be, how today there are Native American reservations that non-Native Americans are allowed to visit.”

Austermuhle pointed out that this measure is unlikely to make it to ballots due to limitations under the Home Rule Act, which provides for an elected mayor and a City Council for the District of Columbia. The Home Rule Act also gives Congress the authority to block any laws passed by the DC council — which has been done several times.

Sarter claims that “African Americans continue to be systematically prevented from controlling the institutions in our communities. This is why this initiative is being proposed.”

DC currently has a black female mayor, Muriel Bowser. The majority of the city’s mayors since the Home Rule Act was enacted in the 70s have all been people of color, beginning with their very first — Walter E. Washington.

According to his bio on the Wider Circle staff page, Sarter “was born and raised in Washington, D.C. and graduated from The Landon School in 2012. He is currently a sophomore at Montgomery College, majoring in Business with the hopes of transferring to the University of Maryland in College Park. He started working for a Wider Circle in April of 2013.” 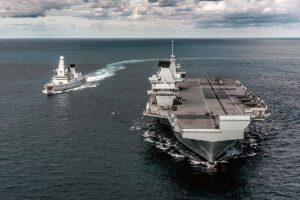