The United Kingdom announced it would permanently deploy two warships in Asian waters.

The move is a clear challenge to growing Chinese claims on a disputed area of the region.

British defense secretary Ben Wallace broke the news in a joint announcement with Japanese defense minister  Nobuo Kishi. He is currently in Asia to meet with allies with a delegation of military leaders. The ships would follow the Queen Elizabeth aircraft carrier and its strike group which will reach Japan in September.

Wallace said “It’s no secret that China shadows and challenges ships transiting international waters on very legitimate routes… We will respect China and we hope that China respects us… we will sail where international law allows.”

He also said that “the visit by the Royal Navy’s largest warship is part of his country’s ‘Indo-Pacific tilt’ that shares goals with Japan,” noted Military.com

Kishi added that once they arrive “Queen Elizabeth and its escort ships would split up for separate port calls to U.S. and Japanese naval bases along the Japanese archipelago.”

The closest permanent Royal Navy base will be the HMS Jufair in Bahrain, in the Persian Gulf. Queen Elizabeth will dock Yokosuka with the only forward-deployed aircraft carrier from the United States – the U.S.S. Ronald Reagan.

Breitbart reports “China has colonized a series of small islands and reefs in the South China Sea, claiming rights over large swathes of water through which important global shipping lanes pass. If these claims are uncontested, control of those spaces may eventually be de-facto seceded to China, which could cause problems for global commerce in the long run. Global navies from pro-free trade nations like the United Kingdom and United States see it as a responsibility to sail their warships through such waters to prove to others that it is possible and safe to do so.”

Accordingly, Japan has been strengthening its ties to Britain, the United States, France, Australia as well as other Southeast Asian nations.

Wallace also said “said the UK would also eventually deploy a Littoral Response Group, a unit of marines trained to undertake missions including evacuations and anti-terrorism operations,” per Reuters.

A trade agreement between the United Kingdom and Japan went into effect on January 1. Because of the deal, “all its exports to Japan will be tariff-free while removing British tariffs on Japanese cars by 2026,” according to the BBC. Trade between the two nations is expected to increase by £15 billion. 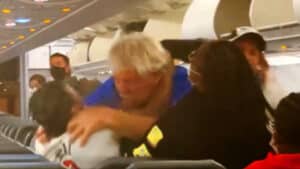