The Federal Aviation Administration (FAA) confirmed Wednesday at least 100 cases of “unruly passengers” aboard commercial airplanes in the last seven days as Americans take to the skies following the COVID pandemic lockdown orders.

“According to updated numbers released by the FAA on Tuesday, there have now been 3,509 unruly passenger reports thus far in 2021, with the majority of the reported incidents, 2,605, related to noncompliance with the federal mask mandate that remains in place for flights and public transit,” reports The Hill.

The current law states that no person can “assault, threaten, intimidate, or interfere with a crew member in the performance of the crew member’s duties aboard an aircraft being operated.”

ONBOARD FIGHTS: With the rise in airline passengers has come a rise in violence, including an incident on a flight from Philly. https://t.co/hwSbpfhRxQ

“Passengers do not arrive at an airport or board a plane with the intent of becoming unruly or violent,” said Darby LaJoye, TSA’s acting administrator. “However, what is an exciting return to travel for some may be a more difficult experience for others, which can lead to unexpected, and unacceptable, behaviors.” 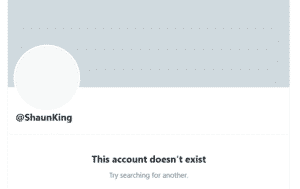