The BLM activist closed his Twitter account following an announcement that he was taking a break from social media.

His retreat from his online life surprised many. He is known for being extremely active on  Twitter.

African-American women’s publication Madame Noir noted King “isn’t a beloved activist amongst the Black community. He clashes with people on social media due to his aggressive nature and has also been accused of crooked fundraising efforts. People have accused King of saying he is raising money for families who were affected by police brutality and other causes related to racial injustices but the money doesn’t go to the intended causes and is allegedly unaccounted for. He also has been accused of being a white man posing as a Black man.”

The temporary closure of King’s profile seemed suspicious to many online.

Something has to be going down for Shaun King to deactivate his account.

We'll know soon enough what that something is.

Shaun King deleted? Someone must have gotten their hands on his 23andMe results 💀 pic.twitter.com/f7NTHZFgHj

#ShaunKing said on Facebook that he’s suspending his accounts while on vacation…but not before asking for donations to pay for his wife’s education. Meanwhile, his poor family (of 7?) flew to Disneyworld for an inexpensive vacation. pic.twitter.com/m2PnR3ohFd

The social media hiatus coincides not only with his wife’s birthday but follows the legal trouble that has plagued King.

King and his Real Justice PAC are facing a libel and slander lawsuit from Carlos Vega. Vega is a former assistant DA, who lost in the Democrat primary for Philadelphia District Attorney to incumbent Larry Krasner.

In a 312-page lawsuit, he alleges “in a remarkably Machiavellian fashion, these Defendants have conspired, for their own greed and using Philadelphia’s citizens as a steppingstone for a desired national political presence, lied to the citizens of Philadelphia, and funneled significant funds donated by unwitting citizens of Philadelphia to line the pockets of defendant Shaun King, his Real Justice PAC, and the Krasner campaign.”

This is yet another allegation of King’s financial impropriety, documented The Daily Beast. The publication noted in May of 2020 “The #ShaunKingLetMeDown hashtag, a recurring Twitter trending topic, is often used to tag threads that enumerate the issues with the many projects King has launched, fundraised for, then abruptly shut down before completion. The list includes a 2011 fundraiser to climb mountains, abandoned four days into training, per King’s own book; a 2014 fundraiser for King’s Life Goals University; and a crowdsourced fund paying for tips leading to the identification of neo-Nazis.”

King’s wife, Rai, is still actively posting on Instagram. She has shared photos of her family’s trip to Disney World, writing in one of her captions “I love seeing Black folx in traditionally white spaces. I love that they have to make room for our loud singing of Frozen songs, boisterous playing of pool games, and waist-length locs under Mickey ears. I love that despite all that this country requires of us, that we still find ways to resist through rest and play.” She also wrote that she knows “Disney represents everything that’s wrong with capitalism” but she was “making a very intentional decision not to care right now.”

The couple released a podcast last year about their lives called Married to the Movement. 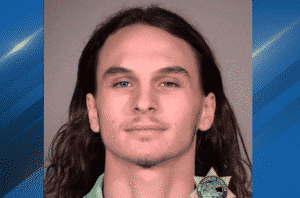