A Portland rioter who threw an improvised explosive device at a cop and helped to light the Portland Police Department on fire has been convicted of multiple felony arson and assault charges.

Bass pled guilty and was sentenced to 48 months in prison.

“By pleading guilty, Bass admitted to unlawfully, knowingly, and intentionally damaging property valued over $1,000, damaging protected property by setting a fire, attempting to cause serious physical injury to another person by means of a dangerous weapon, possessing a destructive device, and engaging in tumultuous and violent conduct with more than five people,” the Multnomah County District Attorney’s Office said in a press release.

The Post Millennial reports that “Bass was indicted in December by a grand jury alongside fellow Portland rioter and co-defendant Hanna Karin Lilly, 21, for the pair’s alleged roles at the September riot where Molotov cocktails were thrown. The direct action event was organized by Antifa militants in response to a Kentucky grand jury’s decision to pursue a lesser charge in the police-involved death of Breonna Taylor in Louisville.”

The District Attorney’s office explained that “during the course of the riot, Bass used a wrist rocket slingshot to damage multiple windows in the Justice Center and then used a flammable liquid to set the building on fire. The fire and damaged windows resulted in more than $46,000 of damage. When police moved forward to disperse the riot and put out the fire Bass ran into the area of Chapman and Lownsdale Square. Bass then ignited a Molotov cocktail and threw it in the direction of police officers.”

The statement continued on to say that when requesting that the court impose the agreed upon sentence, Senior Deputy District Attorney Nathan Vasquez said, “These violent actions endangered the lives and safety of those inside of the Justice Center and the officers present that night. These criminal actions do not reflect the values of this community and will not be tolerated.”

Over $2,000 has now been raised for the militant leftist on GoFundMe. 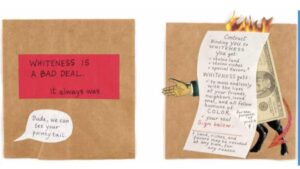