Former AG Says SCOTUS Leaker Could Be a Justice

Former Acting U.S. Attorney General Matt Whitaker says that sitting U.S. Supreme Court Justices and their staff should be considered suspects in the investigation to determine who leaked a draft decision overturning Roe v. Wade in the spring of 2022.

When asked by Newsmax’s “Wake Up America” host Rob Finnerty whether one of the Court’s left-leaning justices could have been the leaker, Whitaker suggested a justice may have illegally provided the document used in a Politico report, as the Court was still deliberating.

“Yeah, when I was dealing with leaks at the Department of Justice you always first go to who benefits from the leak,” Whitaker said. “Who is going to be the person that is motivated to leak this, and I think the investigation should go right to those people and their staff, because ultimately, this was a very damaging leak. It undermined the court in a significant way.”

Whitaker’s comments stand at odds with a recent 23-page statement from the Court that ruled out justices as suspects in the leak, in what the Court calls an “extraordinary betrayal of trust.”

For nine months, U.S Marshals have reviewed forensic evidence and interviews of nearly 100 people and determined that no additional scrutiny was needed for the “82 employees [who] had access to electronic or hard copies of the draft opinion.”

The investigation team included attorneys and federal investigators with backgrounds in criminal, administrative, and cyber investigations. After they examined the Court’s computer devices, networks, printers, available call logs and text messages, investigators were unable to find evidence indicating who leaked the draft opinion.

Multiple security lapses were cited in the report as ways by which an individual could have obtained the draft decision without detection, including the ability to take hard documents from the Court home, the inability for authorities to track print jobs on Court printers and copiers, and other unspecified gaps within the Court’s security.

“These leak investigations are very hard, having participated in many leaks as an investigator and as a leader, I’ve seen how hard. You can narrow it down to a small group but it’s very hard to get the evidence to put it on one person,” Whitaker told Newsmax.

“Everyone should hold [the Supreme Court justices] in high esteem and [they] should be above reproach because of their position in our society, [and the court] has essentially became like the rest of the government, just a bunch of leakers and liars,” he added.

“It’s hard. If you read the report, usually there’s a little hat tip or a suggestion in an investigative report one way or another, and we didn’t get that in this report that I can read,” Whitaker stated. “I think they might have a pretty good idea. Again, applying Occam’s razor that the most likely explanation is the explanation, but I don’t think they have the evidence to pin it on one person.”

Survey data from a month after the draft opinion was leaked showed that Americans’ confidence in major U.S. institutions has plummeted, with the U.S. Supreme Court seeing an 11-point drop in confidence (down to 25 percent from 36 percent). A justice or their staffer being confirmed as the leaker is almost certain to further undermine an institution already losing credibility with millions of people.

House Republicans have proposed a lifetime ban and significant fine from the federal court system for employees who leak draft Court opinions. 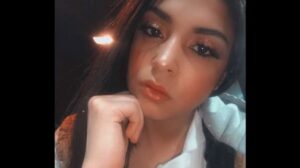 Iowa Family Files Lawsuit Against Snapchat, Allege Woman's Death Was Enabled By Ease of Obtaining Drugs on the Platform