Ford Motor Co. Vehicles Are Being Upgraded With Graphene

Engineers at Ford Motor Co. are working with researchers at Rice University to turn plastic components into graphene to provide increased strength and quieter cabins in new vehicles.

Graphene is an atomically thin two-dimensional carbonaceous nanomaterial, which has “attracted tremendous research interest in both scientific studies and technological development due to its exceptional electric, mechanical, and chemical properties,” according to Science Direct.

It is the thinnest material ever discovered and has been known to exist since 1916, but was not actually extracted from graphite until 2004, when researchers at the University of Manchester isolated it.

As the world’s standard of living has increased, so has automobile ownership. At some point, these vehicles come to the end of their life and must be destroyed – which produces considerable waste in junk yards – or recycled and used for something else.

Deborah Mielewski, technical fellow for sustainability at Ford, said the United States destroys between 10 to 15 million vehicles each year. Ford is now working to convert plastic from their End-of-Life Vehicles (ELVs) into graphene to not only provide better new vehicles, but also to lower the company’s environmental footprint and become more sustainable.

Ford has been using graphene in all of its vehicles for PUF enhancements and weight reduction, which significantly reduces cabin noise and makes vehicles more fuel efficient.

“In Europe, cars come back to the manufacturer, which is allowed to landfill only 5 percent of a vehicle,” said James Tour, a researcher leading the team at Rice. “That means they must recycle 95 percent, and it’s just overwhelming to them.”

Under this partnership, Ford sends ELV materials to the team at Rice, who then use a flash Joule heating process to turn the plastic parts into graphene. Then, the graphene is delivered to Ford for use in new cars.

“We flashed it, we sent the graphene back to Ford, they put it into new foam composites and it did everything it was supposed to do,” Tour said. “Then they sent us the new composites and we flashed those and turned them back into graphene. It’s a great example of circular recycling.” 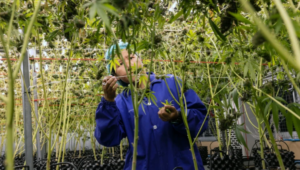