Though the timing coincides with the tragic shooting in Uvalde, the bill was actually written and passed by lawmakers earlier this year. They were sent to DeSantis’ desk on Wednesday.

If signed, the law will require district school boards and charter school governing boards to adopt a plan that guides family reunification when K-12 public schools are closed or unexpectedly evacuated due to natural or manmade disasters.

Additionally, the State Board of Education will have to adopt rules setting requirements for emergency drills including timing, frequency, participation, training, notification, and accommodations and improve training for sworn and non-sworn school officers. It will require crisis intervention training for school safety officers.

“De-escalation is incredibly important and it’s good for them to have the tools to be able to do that,” said bill cosponsor, Democrat State Representative Christina Hunschofsky, according to a report from CBS47.

The commission was created in 2018 in response to the deadly school shooting at Parkland High School in Florida. Seventeen students and faculty members were killed in the shooting.

Parents of Parkland victims have praised the legislation.

“This will be part of the continuing legacy of those who were lost so that they didn’t die in vain,” Tony Montalto, who heads the advocacy group Stand With Parkland, told local station WPTV. “They continue to help protect our students and teachers in Florida schools.”

If signed, most of the bill will take effect on July 1.

Local 10 reports that an additional mental health of students bill (HB 899) that was sent to the governor, “would also require charter schools to comply with involuntary examination data reporting requirements, and allow the Department of Children and Families to use the data.”

On Tuesday, DeSantis ordered flags to be lowered to half-staff in honor of the victims in Uvalde.

“Please see the Proclamation by President Joseph R. Biden, Jr. here. As a mark of respect for the victims of the senseless acts of violence perpetrated on May 24, 2022, by a murderer at Robb Elementary School in Uvalde, Texas, President Joseph R. Biden, Jr. directed all flags to be lowered to half-staff immediately. Pursuant to this direction, I hereby direct the flags of the United States and the State of Florida to be flown at half-staff at all local and state buildings, installations, and grounds throughout the State of Florida, immediately until sunset on Saturday, May 28, 2022,” DeSantis’ office said in a memorandum. 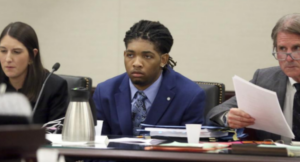