Florida Gov. Ron DeSantis held a press conference in Fort Lauderdale on August 18 to announce that the state’s new Office of Election Crimes and Security has charged and is arresting 20 people for election fraud.

‘This is just the opening salvo,’ ⁦@GovRonDeSantis⁩ says about the fact of the millions who voted in the 2020 election, the state is reporting 20 people have been arrested with voter fraud. pic.twitter.com/pXpECjWwyr

DeSantis stated that all of the 20 people who have been charged had prior criminal records and were disqualified from voting.

“They are disqualified from voting because they have been convicted of either murder or sexual assault,” the governor said.

DeSantis said that the office has also uncovered non-citizens who have voted in the state’s elections.

“We also have folks that are voting that are illegal aliens,” the governor said.

WATCH: Ron DeSantis announces his Office of Election Crimes and Security is charging and arresting individuals across the state for voter fraud

“These folks voted illegally… They are disqualified from voting because they have been convicted of either murder or sexual assault!” pic.twitter.com/JhQY2SlOzN

“This is a third-degree felony in the state of Florida,” DeSantis said.

Election fraud is punishable by a $5,000 fine and up to five years in prison in the state.

DeSantis said that the office has many more investigations open that could lead to more arrests.

“This is just the first step,” DeSantis said. “There are going to be foreign nationals. We want the federal government to be working constructively on this and so far that has not been the case. We have an obligation to make sure that US citizens are voting.”

Moody added that the state of Florida “takes elections seriously.”

The Office of Election Crimes and Security was formally launched by Gov. DeSantis on July 1. It is part of the Florida Department of State.

“All of the supervisors are going to be informed that the 2020 election records are preserved,” DeSantis asserted. “Everyone will be on notice.” 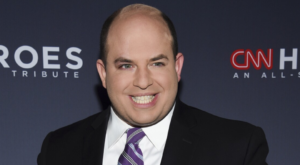