The media analysis show has been on air since 1993

CNN is canceling ‘Reliable Sources’ after over 30 years on the air.

Brian Stelter, the show’s host, will leave the network following his last episode which airs on Aug. 21.

“We appreciate his contributions to the network and wish him well as he embarks on new endeavors,” CNN told Fox News Digital on Aug. 18.

Fox reports that Stelter was told that he would be leaving on Aug. 17 by CNN Chris Licht.

Stelter spoke to NPR about the news and praised his team’s efforts to examine “the media, truth and the stories that shape our world.”

“It was a rare privilege to lead a weekly show focused on the press at a time when it has never been more consequential,” Stelter said. He said he will comment more on the show’s cancellation during the last episode.

Stelter and his media analysis program are known for frequent attacks on conservatives and conservative media outlets. In 2020, Stelter wrote a book about Fox News titled “Hoax: Donald Trump, Fox News and the Dangerous Distortion of Truth.”

He added chapters about Jan. 6 and the growth of Newsmax and One America News in 2021.

NPR notes that Stelter has criticized John Malone, a major investor in WarnerDiscovery which owns CNN. Malone has publicly judged the network for becoming more “politicized.”

“He departs CNN as an impeccable broadcaster,” said Amy Entelis, executive vice president of talent and content development at CNN, per KIRO7. “We are proud of what Brian and his team accomplished over the years, and we’re confident their impact and influence will long outlive the show.”

The broadcast network has not specified what would happen to the “Reliable Sources” newsletter, which compiles major media stories.

Licht has made a number of cuts since assuming his current role five months ago as the “media company suffered a major blow after investing in its now-defunct streaming service CNN+,” per The Hill.

With the aim of making the network less partisan, the executive was reported in June to be evaluating which on-air personalities were able to adapt and who needed to be let go.

Prior to joining CNN, Stelter was a media writer at The New York Times. 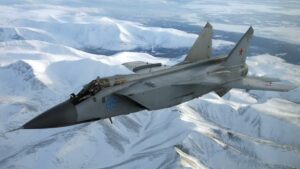