A Florida court has issued a temporary injunction barring the city of Gainesville from implementing a vaccine mandate forcing employees to be fully vaccinated by October 30 or face possible termination.

According to a report from the Daily Caller, the court said that the city of Gainesville “did not put on any evidence, at all, at the injunction hearing” that would allow the court to consider whether the vaccine mandate “meets a strict scrutiny test, a rational basis test, or whether it meets any other standard.”

City employees had filed a lawsuit arguing that the vaccine mandate “facially implicates their right to privacy under the Florida Constitution” with the support of Florida Governor Ron DeSantis and Attorney General Ashley Moody.

In the court order, the judge wrote that “the challenged policy invades and/or implicates the Plaintiffs’ constitutionally protected right to privacy.”

The judge explained that “the City had an opportunity to present evidence that would show that this Vaccine Mandate was the least restrictive means to meet a compelling government interest. The City did not do that and, in fact, did not present any evidence, at all. Therefore, the Court is required to find that the City failed to meet its burden of proving that the Vaccine Mandate furthers a compelling state interest in the least restrictive way.”

“We welcome the court’s decision and congratulate the City of Gainesville employees on this victory,” the governor’s press secretary Christina Pushaw said in a statement provided to the Daily Caller. “They took a courageous stand not only for their rights, but for everyone’s right to make their own private medical decisions without fear of losing their livelihoods.”

Earlier this month, Gov. DeSantis announced that cities and counties that mandate vaccines for government employees will be fined $5,000 per worker.

DeSantis Announces That Florida Cities, Counties That Mandate Vaccines Will Be Fined $5,000 Per Worker

During his speech in Alachua County, DeSantis stressed that government agencies that violate his order could face millions in fines.

“We are gonna stand for the men and women who are serving us. We are gonna protect Florida jobs,” DeSantis said. “We are not gonna let people be fired because of a vaccine mandate.”

The governor was responding to an announcement by President Joe Biden that the Occupational Safety and Health Administration (OSHA) is working on a rule to require businesses with 100 or more employees to mandate vaccines for their entire workforce — or require the unvaccinated to produce weekly negative test results. The rule is projected to impact over 80 million American workers.

DeSantis explained that mandating vaccines will be a violation of the newly passed SB 2006, which banned businesses, governments and schools from requiring vaccine passports. The legislation lays out that those who violate the ban would face fines “not to exceed $5,000 per violation.”

“You don’t just cast aside people who have been serving faithfully over this issue, over what’s basically a personal choice on their individual health,” DeSantis said. “We cannot let these folks be cast aside. We cannot allow their jobs to be destroyed.” 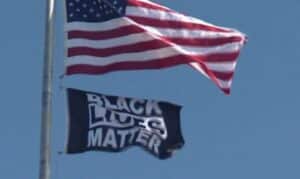