Florida Attorney General Ashley Moody filed a lawsuit against the Biden administration on Tuesday for not adequately protecting the southern border.

The suit alleges that the administration’s catch-and-release policy is a violation of federal immigration law.

Moody argues in the suit that the immigration policy hurts Florida because the illegal migrants travel to the state and cost taxpayers millions of dollars.

“I don’t care if it is extreme incompetence, if it is radical liberal policy agenda, no one, let me repeat that, no one is above the law,” Moody argued. “We are seeing dramatic effects at our border. It is an unmitigated crisis based on this president’s refusal to follow federal law.”

In addition to filing the lawsuit, Florida Governor Ron DeSantis signed the “Biden Border Crisis Executive Order” prohibiting state agencies from working with the Biden administration at the border until his policies change.

By signing the Biden Border Crisis Executive Order, I am working to hold this administration and the federal government accountable for refusing to enforce the immigration laws of this country. pic.twitter.com/J338gm595Y

“I’m signing an executive order to prohibit state agencies that report to me, from aiding or abetting in any way what the federal government is doing right now. We’re not gonna be a party to this lawlessness. We haven’t, to my knowledge, but we’re letting the marker down, know this is an absolute red line. We’re not gonna do it,” said DeSantis during a press conference about the lawsuit and the order.

Moody also spoke at the press conference, saying that “criminal cartels are having a field day. I can assure you, their profits are skyrocketing.”

DeSantis has appointed Larry Keefe, the former U.S. Attorney for the Northern District of Florida, to act as the state’s “public safety czar” and make sure that the actions outlined in the executive order are followed through with. 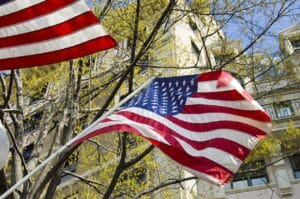 Over 100 Americans Evacuated From Afghanistan on Private Charter Flight