Over 100 Americans Evacuated From Afghanistan on Private Charter Flight

Over 100 Americans were evacuated from Afghanistan on a private flight on Tuesday chartered by two organizations working to rescue those who have been left behind.

Project Dynamo and Human First Coalition, the organizations working together to continue evacuations, said in a press release that there were 59 children under the age of 18 and 16 under age 3 on the flight.

“Project Dynamo’s goal has always been focused on bringing Americans and our allies home. In large part our success is due to the many partnerships we have developed with organizations, governments, and donors. The teamwork has been awe inspiring. We pray that we have more opportunities in the future to continue our mission and honor the promise,” said Bryan Stern, a founder of Project Dynamo.

In the press release, the organizations thanked the U.S. State Department and the United Arab Emirates’ Ministry of Foreign Affairs for their cooperation — as well as the Taliban.

“We would like to thank the U.S. State Department and the United Arab Emirates’ Ministry of Foreign Affairs for their cooperation in challenging circumstances to secure the safe return of these U.S. citizens, U.S. Legal Permanent Residents, and Afghan allies. We would also like to acknowledge the Taliban for facilitating the departure of the aircraft by allowing those who want to depart Afghanistan to do so peacefully,” the press release stated.

The evacuees were COVID tested, MMR vaccinated, and evacuated to safety at 2 p.m. local time.

“We are proud to be a part of this effort and of the teamwork that helped to bring these Americans and allies home,” said Alex Plitsas, spokesman for Human First Coalition.

Project Dynamo is urging any Americans or green card holders requesting assistance or evacuation to visit their website for more information.

The number of Americans remaining in Afghanistan is currently unknown. When asked for an estimate by a reporter during a press briefing on Tuesday, Secretary of Defense Lloyd Austin said that he was unsure because the number “fluctuates daily.” 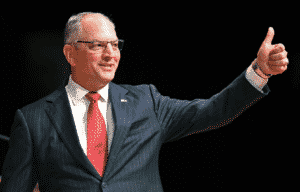