FiveThirtyEight: Kemp Has 94-In-100 Chance of Winning Georgia Gubernatorial Race

As millions of voters flock to the polls in Georgia, incumbent Gov. Brian Kemp (R) has a 94-in-100 chance of carrying the state against Democratic challenger Stacey Abrams, according to FiveThirtyEight.

Kemp and Abrams are squaring off for the second time in a contest for governor, having gone head-to-head in an open-seat race in 2018, which ended with Kemp edging out a victory by nearly 60,000 votes.

Kemp now has the “added advantage of incumbency, while some polls and reporting suggest that Abrams has struggled to gain traction among Black men at a time when she’ll need strong support from Black voters to make the race even remotely competitive,” according to FiveThirtyEight.

Georgia has drawn criticism over its Election Integrity Act, passed by the state’s legislature, which provided additional security and fortifications for the state’s elections.

President Joe Biden criticized the bill in unquestionably racial terms, calling it “Jim Crow 2.0” while deriding the law as an attempt to disenfranchise the black electorate through voter suppression — sentiments shared by Abrams.

Contrary to their warnings, Georgia has seen record turnout during early voting in 2022, with an 85 percent increase in turnout from the 2018 midterm election.

Data from the United States Election Project shows that a higher share of black Georgia voters are turning out for the 2022 midterm election than for the 2020 presidential election.

And while there is no evidence of voter suppression in the Peach State, black voters have shown a lack of excitement about the Abrams campaign.

The question posed to the group of black men and boys was what they would say if they sat across from the state’s next governor.

Abrams received roughly 93 percent of black voters’ support in the 2018 election. Weeks before the 2022 midterms, her black support had plummeted to 81 percent.

Kemp attributes the souring of black voter support for Abrams to her claims of voter suppression, which led to Major League Baseball moving the 2021 All-Star Game out of Atlanta

“Stacey Abrams cost us the All-Star Game and cost — especially minority businesses — over $100 million in revenue when we lost the All-Star Game because she was telling a lie,” Kemp said. “We just had record turnout in our primary. Thankfully the Braves won the World Series. So a lot of non-traditional Republican voters, African Americans and so on, they’re seeing through all that.” 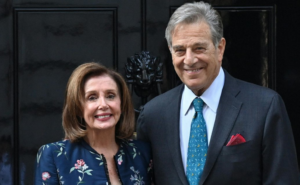