Five episodes of South Park have been banned from HBO for depicting the Islamic Prophet Muhammad.

The show is known for making fun of everyone and everything — with no religion off limits.

HBO has acquired the show for its streaming service, but five episodes were notably missing. The episodes, “Super Best Friends,” “Cartoon Wars Part I & II,” “200,” and “201,” all depict Muhammad.

Episode 201 was the subject of extreme controversy culminating in the creators of the show, Trey Parker and Matt Stone, receiving serious death threats from extremist groups.

Screenrant reports that in the episode, “Muhammed is covered with a big black box, Muhammed’s name is covered by audio bleeps, and the episodes can’t be streamed on HBO Max. All of this censorship aside, the episodes received attention from several extremist groups, who hurled very real death threats at both South Park creators and Comedy Central. Upon the airing of  ‘201,’ NY state police even beefed up security around the studio because they feared extremist attacks. ‘201,’ in particular, has never re-aired in the United States.”

The report adds that the banned episodes have become nearly impossible to watch.

“Nowhere. Not only has HBO Max pulled the five episodes of Stone and Parker’s South Park, but they are also absent from the South Park Studios website. Whenever an episode is uploaded through less-than-legal means, it gets taken down almost immediately. There’s no way to watch these five ‘banned’ episodes,” the report explains.

“DVD box sets of the seasons can be purchased, but the episodes still feature the same censorship as when they aired. Trey Parker and Matt Stone are probably used to threats at this point, but the outcry that “200” and “201” prompted, in particular, was too much for Comedy Central to handle. Therefore, these five episodes of Trey Parker and Matt Stone’s South Park have never made it to streaming services due to public safety.” 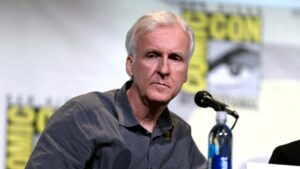 Director James Cameron to Cut Gun Scenes From his Movies