Director James Cameron to Cut Gun Scenes From his Movies

Hollywood Legend No Longer Wants to ’Fetishize’ Firearms In Films

Hollywood film director James Cameron has vowed to eliminate gun scenes from his movies out of his growing concern about gun violence in the U.S.

In an interview with Esquire Middle East promoting his latest movie Avatar: The Way of Water, Cameron revealed that the picture would have run 10 minutes longer had he not edited out scenes containing gun violence.

He also says that he is no longer interested in “fetishizing” guns in action scenes given “rampant gun violence” across the U.S.

“I actually cut about 10 minutes of the movie targeting gunplay action,” Cameron said. “I wanted to get rid of some of the ugliness, to find a balance between light and dark. You have to have conflict, of course. Violence and action are the same thing, depending on how you look at it. This is the dilemma of every action filmmaker, and I’m known as an action filmmaker.”

The 68-year-old Canadian director says he is now “happy to be living in New Zealand where they just banned all assault rifles” while holding some regret about past films he’s made where firearms are prevalent.

Cameron added that, similar to the first Avatar film, which became the highest-grossing movie in history ($2.923 billion worldwide), the sequel does have a final battle, but it is a bit different than the first film.

“The second film doesn’t work that way at all. The battle is not even a battle, it’s a rout. It’s the revenge of the Na’vi and the Tulkun. The real challenge, and the real defeat, and the thing that must be recovered from, happens after the battle,” Cameron explained. 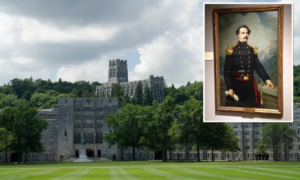