The decision follows an order from the Department of Defense

The United States Military Academy at West Point will remove any links to Confederate alumni during its winter recess.

The project was ordered in October by the Department of Defense and follows a nationwide movement to remove statues memorializing leaders of the Confederacy.

Lieutenant General Steven W. Gilland, the superintendent of the USMA, said the school will conduct “a multi-phased process… to remove, rename or modify assets and real property at the United States Military Academy… West Point installation that commemorate or memorialize the Confederacy or those who voluntarily served with the Confederacy.”

“Over the past several weeks, a team of stakeholders and subject matter experts throughout the West Point enterprise developed a comprehensive plan that meets all of the Commission’s recommendations and complies with DoD directives,” said Gilland in a statement. “We will conduct these actions with dignity and respect. In the case of those items that were class gifts… We will continue to work closely with those classes throughout this process. Any costs associated with the Commission’s recommendations will be resourced within the Department of Defense.”

The process will include removing a portrait of Confederate General Robert E. Lee from the school’s library, Jefferson’s Hall. In the portrait, Lee is wearing a confederate uniform. USMA says the artwork will be kept in West Point Museum storage. A bust of Lee currently on display at Reconciliation Plaza will also be moved into storage.

The West Point’s Memorialization, History, and Museum Committee will select new quotations to replace those from Lee that are currently part of Honor Plaza. This effort should be completed by the spring of 2023.

“We will review the stone markers within Reconciliation Plaza that the Commission determined to commemorate the Confederacy and modify those [markers] with appropriate language and images that comply with the Commission’s recommendations, while still conveying the Plaza’s central message of reconciliation,” continued Gilland.

West Point will also rename any building, streets or areas currently named for an individual who served in the Confederacy.

Conversely, a portrait of President Ulysses S. Grant will be moved from the library to Grant Hall – the school’s cafeteria – as will a bust of the Union Army’s Commanding General.

Grant was posthumously promoted General of the Armies of the United States as part of the National Defense Authorization Act, which was signed by President Joe Biden on Dec. 23. Grant is the third person in American history to receive the title.

“We will also remove the bronze triptych at the main entrance of Bartlett Hall and place in storage on post until a more suitable location is determined,” added the superintendent.

The triptych is one of the most controversial pieces of art on display at West Point because of one of its inscriptions — “Klu Klux Klan” — as well as its depiction of a hooded figure carrying a rifle. The plaque was hung at the entrance of the science building. West Point’s Public Affairs Office previously said the three-paneled installations documented “both tragedy and triumph” of the nation’s past.

A description of the triptych was not included in Gilland’s statement. The bronze triptych was given in honor of graduates of the academy that served in the Korean War and World War II.

The DOD’s order that prompted West Point to purge attributions to confederate alumni was a result of the Fiscal Year 2021 National Defense Authorization Act. In August of 2022, the Naming Commission recommended to congress the removal or renaming of the “Confederate-affiliated assets.”

“Throughout the grounds, plaques adorn almost every building and entrance, honoring the names and lives of West Point graduates who demonstrated exceptional devotion to the defense of the United States and the advancement of its ideals. Commemorating the Confederacy alongside those graduates honors men who fought against the United States of America, and whose cause sought to destroy the nation as we know it,” said the Naming Commission in 2022.

The commission argued that West Point only began accepting and installing Confederate memorials in the 1930s “due to external pressures” and the spread of “the ‘Lost Cause’ sentiment.”

“The Commissioners do not make these recommendations with any intention of ‘erasing history,’” states the report. “The facts of the past remain and the Commissioners are confident the history of the Civil War will continue to be taught at all Service academies with all the quality and complex detail our national past deserves.”

“Rather, they make these recommendations to affirm West Point’s long tradition of educating future generations of America’s military leaders to represent the best of our national ideals,” the commission continued.

Gilland became West Point’s 61st superintendent in June of 2022. He previously served as the commander of NATO Allied Land Command in Izmir, Turkey and as the commander of U.S. Army Africa in Vincenza, Italy. He graduated from West Point in 1990 and has a master’s degree in military operational art and science. 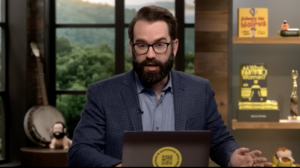