Protestors have been occupying the ground of Parliament for three weeks

Fires broke out in New Zealand’s capital as police began clearing an encampment where protestors have been demonstrating in opposition to the government’s COVID-19 mandates.

On the morning of March 2, law enforcement began arresting participants, towing vehicles, and dismantling encampments set up near Parliament. The officers wore riot gear and used water cannons to push back and forcibly eject protestors.

Prime Minister Jacinda Ardern had previously called for an end to the sit-in protest which began three weeks ago.

The demonstration was inspired in part by the Freedom Convoy 2022 in Canada that ultimately blocked the streets surrounding Toronto’s Parliament Hill for several weeks.

Witnesses told Reuters that as the police began their advance on the protestors, fires broke out between several tents.

Although some left peacefully, some anti-mandate protestors were reported to have thrown objects at police and yelled a number of insults.

She added that protestors had several chances to leave their encampment and has accused the movement of spreading misinformation regarding COVID-19.

Arden increased her security details in recent weeks after she was heckled by protestors at recent public appearances.

Lawmakers from every political party in New Zealand have refused to meet with the protestors during their demonstration.

Parliament Speaker Trevor Mallard attempted to drive the protestors away by playing Barry Manilow and the “Macarena” as well as turning on the Parliament ground’s sprinklers.

Speaking with the media, Police Commissioner Andrew Coster said several hundred additional officers were brought into Wellington to assist with the plan. Coster said his department’s efforts would continue until all the tents and vehicles were gone, per Barrie 360.

In total, 65 people were arrested on charges including trespassing, willful damage, and possession of restricted weapons. At least 50 vehicles were towed and three officers were injured.

The Johns Hopkins Coronavirus Resources Center reports New Zealand has had just over 146,900 confirmed COVID-19 cases and 56 deaths since the pandemic began in 2020.

New Zealand, which has a population of just over 5 million people, adopted strict lockdown measures to stop the spread of the virus but ultimately experienced a surge of cases stemming from the omicron variant. An estimated 77% of the population is fully vaccinated. 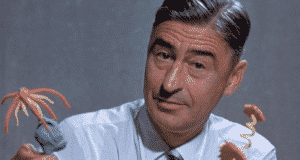