The company that owns the intellectual property rights to the work of author Dr. Suess is launching a new line of books featuring diverse characters using previously unpublished sketches.

Dr. Seuss Enterprises said the new authors selected to work on the project will come from a multitude of racial backgrounds in order to represent a variety of families.

“We look forward to putting the spotlight on a new generation of talent who we know will bring their unique voices and style to the page, while also drawing inspiration from the creativity and imagination of Dr. Seuss,” said the President and CEO of Dr. Seuss Enterprises Susan Brandt in the company’s announcement.

The illustrations were selected from an archive of work created by the author — whose name was Theodor Seuss Geisel — housed at the University of California-San Diego.

“The original Dr. Seuss sketch that serves as the inspiration for each of the new Seuss Studios books will be included in the book, along with a note from the creators explaining how they were inspired, and their process,” the San Diego-based company said in its statement.

The books will be published by Random House Children’s Books for children ages 4 to 8.

Geisel earned $35 million in 2021 and $33 million in 2020 for his works, which include “Green Eggs and Ham” and “The Cat in the Hat” as well as other children’s books. His books have been translated into multiple languages and sold in more than 100 countries.

The diversity initiative comes almost a year after the San Diego company announced it would stop publishing six Dr. Seuss books due to images deemed racist and insensitive.

The now terminated titles include to “Think That I Saw It on Mulberry Street,” “If I Ran the Zoo, McElligot’s Pool,” “On Beyond Zebra!” “Scrambled Eggs Super!” and “The Cat’s Quizzer.”

The latest announcement from the company founded by Geisel’s family following his death in 1991 coincides with the 118th anniversary of the author’s date of birth. 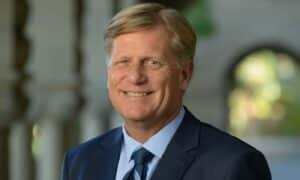