The national rate of firearm homicide surged during the first two years of the COVID-19 pandemic.

A new report from the Centers for Disease Control and Prevention found homicide by firearms was particularly prevalent among certain demographic groups.

By 2020, the number of firearm homicides reached the highest national level since 1994 — surging by 35% in one year.

The rate continued to climb during the second year of the pandemic in 2021, per Axios.

Moreover, the largest increase in gun violence was documented among black Americans, especially men between the ages of 10 and 24.

While the rates remained relatively unchanged among Asian/Pacific Islander and white Americans between 2019 and 2020, firearm homicides increased from 4 out of 100,000 people to 5 out of 100,000 among Hispanics.

“The findings of this study do not support causal inferences, and reasons for increasing rates and widening inequities are unclear and potentially complex,” the agency wrote in its analysis.

According to a report from The Guardian in April of 2021, gun ownership among black Americans rose by nearly 59% in 2020.

The CDC report’s authors suggest “disruptions in health, social, and emergency services during the COVID-19 pandemic,” “strains in law enforcement-community relations reflected in protests over law enforcement use of lethal force,” “increases in firearm purchases,” and “intimate partner violence” could all contribute to the spike in firearm homicide.

According to the CDC, “long-standing systemic inequities and structural racism limit economic and education opportunities” and thereby “contribute to unfair and avoidable health disparities among some racial and ethnic groups.” Increased stress caused by the pandemic “may have contributed to the increases,” the agency suggests.

Thomas Simon, associate director for science in the CDC’s Division of Violence Prevention, told U.S. News and World Report that the pandemic led to higher rates of anxiety and depression.

“These results underscore the importance of prevention strategies to reduce the risk for homicide and suicide and related disparities,” Simon said. 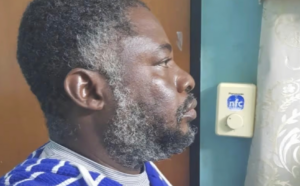