The replacement battery would have cost about $22,000

A Finnish man blew up his Tesla and a crash test Dummy with Elon Musk’s face to protest the cost of a replacement battery.

Tuomas Katainen would have had to pay the equivalent of $22,000 in repair after the battery of his 2013 Tesla S Model failed.

The 26-year-old asked Finnish YouTubers Pommijätkät — which translates to the equivalent of “bomb dudes” — to blow up his car rather than pay for the replacement battery.

Under a Tesla’s warranty, battery replacements are covered if the capacity decreases to less than 70% within 150,000 miles or eight years of purchase.

“The exception to this clause is the original Tesla Roadster, but all first generation Roadsters have aged out of their original warranties,” says FindMyElectric.com.

Older models, as a result, often leave owners with sizable repair bills when the batteries begin to fail.

“Footage shows the vloggers strapping his motor with sticks of dynamite before [Katainen] pressed a button and blew the car to smithereens,” reports The Daily Mail. “The car was strapped with explosives on rugged, snowy terrain in Tuomas’ native Finland, with the Youtubers training high-definition cameras on the car to capture the explosion in all its glory, from as many angles as possible.”

The stunt used 66 pounds of dynamite.

“When I bought that Tesla, the first 1,500 km were nice, it was an excellent car so far. The error code hit in, so I ordered a tow truck to take my car in a service,” explained Katainen in a video of the detonation posted to YouTube.

“The car was about a month in a Tesla dealer’s workshop and finally I got a call that they can’t do anything for my car, the only option is to change the whole battery cell,” he said. “So I told them that I’m going to explode the whole car away because apparently there was no guarantee or anything.”

The Tesla owner and Pommijätkät “set up the operation in a quarry at Jaala, a small rural town in Southern Finland. The group had to consider factors like the explosive’s huge pressure wave and the direction the blast would go in order to ensure safety,” per Gizmodo.

In the video, the YouTubers ask Katainen which would be better: a working Tesla or exploding a car with dynamite?

“Sort of both,” he replies. “Maybe more explosion.”

Tesla’s popularity has continued to surge in recent years. In 2016, the company delivered 75,900 cars. In just the first three quarters of 2020, 627,350 of its electrical cars were delivered. 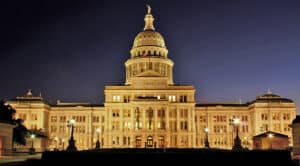