The son of the former dictator of the Philippines won the nation’s presidential election.

Ferdinand Marcos Jr. amassed over 30 million votes as of the evening of May 9, with over 95% of votes counted.

Although the results have not been made official, it is believed the son of Ferdinand Marcos had twice as much support as the runner-up, Vice President Leni Robredo.

“Even though the counting is not over yet, I cannot wait to thank all of you … to those who helped, to those who joined our fight, to those who sacrificed,” Marcos Jr. said to his supporters in a speech the night of the election, per CNN. Marcos did not formally declare victory during the address.

“If we’ll be fortunate, I’ll expect that your help will not wane, your trust will not wane because we have a lot of things to do in the times ahead,” he said.

The victory marks the Marcos family’s successful return to power after Marcos Sr. was overthrown in 1986. Imelda Marcos, Marcos Jr.’s mother, tried and failed twice to be elected to political office after she returned from exile in the United States in the early 1990s.

Marcos Jr., who is known by his childhood nickname “Bongbong,” has been involved in national politics and has previously served as a senator and a congressman.

“Marcos Jr. has defended his father’s legacy and steadfastly refuses to apologize for and acknowledge the atrocities and plunder during the dictatorship,” reports Fox News. “Married to a lawyer, with whom he has three sons, he has stayed away from controversies, including a past tax conviction and the Marcos family’s refusal to pay a huge estate tax.”

The politician drew criticism when he skipped the national presidential debates and made only a limited number of media appearances.

“Critics say the campaign sought to discredit historical accounts of cronyism, plunder and brutality during the two-decade Marcos dictatorship, about half of which was under martial law,” per Reuters.

Populist Sara Duterte Carpio, the daughter of current President Rodrigo Duterte, is Marcos Jr’s running mate and the current likely victor of the vice-presidential race. Carpio’s father is under investigation for allegedly violating human rights laws as part of his war on drugs.

Robredo secured just over 14 million votes and has not officially conceded the election. The former boxer Manny Pacquiao took third place with 3.5 million votes according to unofficial results reported on May 10.

The president-elect will take office on June 30 and can serve for just one six-year term. 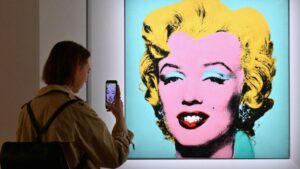