Miller was found unresponsive in his California home on Sept. 7, 2018

A man accused of dealing rapper Mac Miller the drugs that led to his fatal overdose has pled guilty.

Prosecutors said on Nov. 10 that Ryan Michael Reavis, 38, would plead to one count of distribution of fentanyl.

Miller died after Cameron James Pettit, 30, sold him counterfeit oxycodone pills which he had purchased from Reavis. The prosecution says that the Arizona man sold the pills knowing they contained fentanyl.

“Another co-defendant, Stephen Andrew Walter, 48, of Los Angeles, agreed last month to plead guilty to one count of distribution of fentanyl,” reports AP News. “Prosecutors said Reavis supplied the pills to Pettit at the direction of Walter.”

The rapper was found unresponsive in his home on Sept. 7, 2018 and was later pronounced dead.

At the time of his death, Miller, born Malcolm James McCormick, was 26 years old.

“Miller made a name for himself in the independent rap scene beginning in 2010. After two chart-topping albums, he signed with Warner Records in 2014. Just before his death, Miller released his fifth studio album and was preparing to tour,” per CBS News.

His sixth studio album, titled “Circles,” was released posthumously in 2020.

Fentanyl is a factor in 53% of overdose death in the United States, according to the National Center for Drug Abuse Statistics. Between May 2019 and May 2020, there were approximately 42,687 overdose deaths involving fentanyl. The synthetic opioid can be 50 to 300 times more potent than morphine.

“It is sold through illegal drug markets for its heroin-like effect. It is often mixed with heroin and/or cocaine as a combination product — with or without the user’s knowledge — to increase its euphoric effects,” per the Center for Disease Control and Prevention.

The U.S. International Trade Commission acknowledged in September of 2019 that ”the fentanyl epidemic is regarded as a significant national security threat, and the issue is being raised in U.S.-China trade negotiations.”

“The growth of the U.S. synthetic opioid epidemic can be tracked by looking at U.S. Customs and Border Patrol (CBP) seizures, which have expanded dramatically since 2015,” the agency reported. “The fentanyl epidemic is regarded as a significant national security threat, and the issue is being raised in U.S.-China trade negotiations.”

“In response, labs in Wuhan, China, that make most of the fentanyl consumed in the U.S., pivoted to produce instead the precursor ingredients that were themselves not illegal, “ per The Washington Examiner.

The RAND Corporation, a research organization, said fentanyl “is unlike any other drug problem in modern history” and could be thought of as “a mass poisoning.” 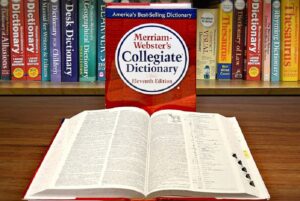