The Twitter account for the Merriam-Webster Dictionary appeared to jump into the political fray once again — this time attacking Kyle Rittenhouse during his testimony on Wednesday.

In a tweet shortly after Rittenhouse broke down sobbing on the stand and the court had to take a recess, the dictionary’s Twitter account posted the definition of “crocodile tears.”

“The term ‘crocodile tears’ (a superficial display of anguish) comes from a medieval belief that crocodiles shed tears of sadness when killing their prey,” the account tweeted.

The term ‘crocodile tears’ (a superficial display of anguish) comes from a medieval belief that crocodiles shed tears of sadness when killing their prey. https://t.co/tkuVCEbBRa

At the time that it was tweeted, 2:30 p.m. EST, many left-wing social media users were in an uproar claiming that he was faking his emotion as he testified.

Many were quick to notice that tweeting the term at that moment was unlikely to be a coincidence.

I love when @MerriamWebster gets political … without getting political. Very clever.

Totally fine and not creepy that the dictionary is trying to pick cultural fights on Twitter.

This is not the first time that the dictionary has waded into politics.

In 2016, the dictionary jumped in when then-President Donald Trump misspelled the word “unprecedented” in a tweet.

Good morning! The #WordOfTheDay is…not ‘unpresidented’. We don’t enter that word. That’s a new one. https://t.co/BJ45AtMNu4

In 2017, the account “fact-checked” Kellyanne Conway after she described “feminism” as being “very anti-male” and “pro-abortion.”

As a debate about her comments trending on Twitter, the dictionary’s account wrote “‘Feminism’ is defined as ‘the belief that men and women should have equal rights and opportunities.'”

📈’Feminism’ is defined as “the belief that men and women should have equal rights and opportunities.” https://t.co/Zjf7CAPUjL

📈Lookups for ‘betrayal’ spiked after Sean Spicer said “I’m not going to define the word.”

We defined the word. https://t.co/alq6KqMgnF

In May, the dictionary also changed the definition of “anti-vaxxer” to include “a person who opposes vaccination or laws that mandate vaccination.” 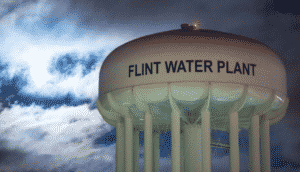