Tens of thousands of residents of Flint, Michigan will be awarded $626 million as part of the partial settlement.

“The settlement reached here is a remarkable achievement for many reasons, not the least of which is that it sets forth a comprehensive compensation program and timeline that is consistent for every qualifying participant, regardless of whether they are members of a class or are non-class individuals represented by their own counsel,” she said.

Both adults who can provide proof of an injury as a result of lead exposure and children exposed to lead are eligible to receive compensation. Anyone who paid city water bills is also eligible.

In 2014, the city switched its water supply from Lake Huron to the Flint River as a cost-saving measure. Lead and other chemicals from the pipes contaminated the water supply, which was improperly treated.

“Authorities counted at least 90 cases of Legionnaires’ disease in Genesee County, including 12 deaths,” reported AP News. “Some experts found there was not enough chlorine in the water-treatment system to control legionella bacteria, which can trigger a severe form of pneumonia when spread through misting and cooling systems.”

In September of 2015, dangerous levels of lead were documented by physicians in children’s blood.

The city returned to using Lake Huron as its water supply in October of 2015. More than 9,700 lead service lines at homes have been replaced due to problems with the city’s water.

In her 178-page opinion, Judge Levy said, “The settlement reached here is a remarkable achievement for many reasons, not the least of which is that it sets forth a comprehensive compensation program and timeline that is consistent for every qualifying participant.”

“The state of Michigan will pay about $600 million for its role in the crisis, while Flint will pay $20 million, McLaren Health will pay $5 million, and Rowe Professional Services will pay $1.25 million,” per Fox News.

Approximately half of the settlement will go to children impacted by contaminated water when they were six years old or younger.

“We hope this settlement helps the healing continue as we keep working to make sure that people have access to clean water in Flint and communities all across Michigan,” Michigan Governor Gretchen Whitmer said in a statement.

City government officials involved in the scandal have been criminally charged. Rick Snyder, who was the governor of Michigan at the time, was charged with two misdemeanor counts of willful neglect of duty in January of 2021. 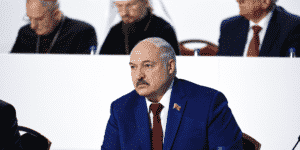