Federal officials have charged the man who allegedly sold a gun to Malik Faisal Akram, who took hostages in a Texas synagogue on January 15.

The hours-long standoff at Beth Israel Synagogue ended when Akram was fatally shot by law enforcement.

On Wednesday, U.S. Attorney for the Northern District of Texas Chad Meacham announced that they have charged Henry “Michael” Williams, 32, the man who allegedly sold Akram the weapon.

Williams is charged with being a felon in possession of a firearm.

Meacham said that whether or not Williams knew the buyer’s intentions with the weapon was irrelevant for this charge. He allegedly told officers that Akram said the gun was going to be used for “intimidation” to get money from someone with an outstanding debt.

“Federal firearm laws are designed to keep guns from falling into dangerous hands. As a convicted felon, Mr. Williams was prohibited from carrying, acquiring, or selling firearms. Whether or not he knew of his buyer’s nefarious intent is largely irrelevant — felons cannot have guns, period, and the Justice Department is committed to prosecuting those who do,” said U.S. Attorney Chad E. Meacham in a statement posted to the Department of Justice website. “We are grateful to the many officers and agents who sprang into action as soon as the synagogue hostage crisis began, and who worked tirelessly to track the weapon from Mr. Akram to Mr. Williams. The freed hostages, the Beth Israel congregation, and indeed the entire Jewish community deserve that support.”

“The Dallas FBI Field Office and our partners have worked around the clock since January 15, 2022 to determine how Malik Faisal Akram acquired the weapon he used to terrorize worshipers at Colleyville’s Congregation Beth Israel synagogue,” said Dallas FBI Special Agent in Charge Matthew DeSarno. “Along with our federal, state and local law enforcement partners we pledge to continue our efforts to protect our communities from violence.”

The case will be prosecuted by Assistant U.S. Attorney Joe Magliolo. 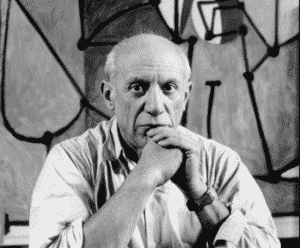 Picasso Heirs To Sell Never Before Seen Work As NFTs