Picasso Heirs To Sell Never Before Seen Work As NFTs

The ceramic sculpture will be auctioned as an NFT in March

The heirs of Pablo Picasso will sell more than 1,000 digital pieces of his work that have never been seen by the public.

The announcement on Jan. 26 mirrors a growing interest in non-fungible tokens and crypto that has dominated financial spheres in recent years.

Marina Picasso, the Spanish artist’s granddaughter, and her son Florian say it would be the first collection of a Grand Master’s work in the popular modern format.

“We’re trying to build a bridge between the NFT world and the fine art world,” said Florian Picasso, the artist’s great-grandson.

So far, the mother-son team has only revealed one work that will be available as an NFT —  a ceramic piece said to be the size of a salad bowl.  Picasso made the piece in October of 1958.

“It’s a work that represents a face, and it’s very expressive,” said Marina Picasso in a statement to AP News. “It’s joyful, happy. It represents life … It’s one of those objects that have been part of our life, our intimate lives — my life with my children.”

An auction will be held in March for the NFT as well as a ceramic bowl created by the artist.

Over 1,000 NFTs will be sold through the Nifty Gateway and Origin Protocol platform on Jan. 28. The NFTs will come with music created by Florian Picasso, who is a DJ and music producer. The music will feature singer John Legend and rapper Nas. The track will not be publicly released before the NFT sale.

The family and their professional support team hope that endeavor will introduce Picasso’s work to younger people interested in art.

Florian Picasso said that the NFT honors his famous relative.

“Everything is evolving,” he said. “I think it fits within Picasso’s legacies because we are paying tribute to him and his way of working, which was always being creative.”

Some of the proceeds from the sales will be donated to a charity that assists with the nursing shortage as well as a nongovernmental organization that aims to reduce carbon in the Earth’s atmosphere.

The global market value of NFT reached $23 billion during 2021, according to blockchain analytics firm DappRadar. 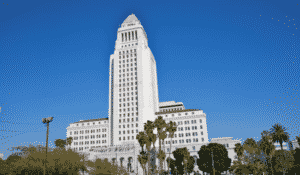