The Los Angeles City Council has voted to ban the creation of new oil ad gas wells and to phase out existing well over the next five years.

Council members Nury Martinez and Paul Krekorian proposed the measure in December of 2020. The county ultimately wants to transition away from fossil fuels out of concerns over climate change.

“Today, we are reinforcing our commitment to environmental justice,” said Martinez at a press conference on Jan. 26.

“For far too long, neighborhood drilling has disproportionally affected the health of our low-income communities of color,” Martinez said. “From freeways to power plants, our frontline communities bear the brunt of pollution and climate impacts.”

“The region includes one of the largest urban oil fields in the country, with more than 5,000 active wells in LA County and more than 1,000 active or idle wells within city limits,” reports CNBC. “More than half a million people in LA live within a quarter-mile of active wells that release air pollutants like benzene, hydrogen sulfide, particulate matter and formaldehyde, and the pollution disproportionately affects Black and Latino residents.”

The city attorney will not be tasked with drafting an ordinance that prohibits drilling for oil in Los Angeles and will change the zoning laws to make drilling illegal. The city attorney is also required to study how to legally phase out existing wells.

The city council moved to create a job program for oil and gas workers who will lose their source of employment because of the new ordinance. The program will help them transition to a new industry.

Measures to restrict oil and gas production in the state have already been established. Culver City and other unincorporated parts of Las Angeles County have passed similar measures. California has also considered legislation that would ban new oil and gas wells within 3,200 feet of schools, residential buildings, or hospitals.

Oil and gas industry experts have opposed the measures. They site the loss of jobs in the region, possible increase in gas prices, and excessive dependency on foreign oil. 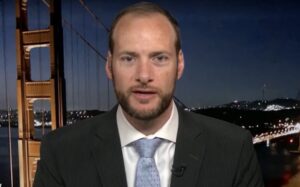