An elderly Asian-American who was hit with a baseball bat has filed a lawsuit against ultra-progressive San Francisco District Attorney Chesa Boudin and the city itself for giving the attacker a “slap on the wrist” plea deal.

Anh Le, 69, says that in November 2019, he was attacked by Jimmy Tanner and his 11-year-old son with a baseball bat in Chinatown.

The pair was allegedly threatening to kill him.

However, the father was allowed to plead guilty to misdemeanor battery with no hate crime enhancement — meaning he only ended up getting a year of probation. The son was apparently not charged at all, per Le’s lawyers.

“The San Francisco District Attorney’s Office allowed the adult male attacker to plead to a misdemeanor with one year probation, restitution to the victim and (a) criminal protective order,” Le said at a press conference in Chinatown on Tuesday, held by the Alliance for Asian American Justice. “They did this without consulting me, without any input from me at all, and in violation of my rights as a victim.”

“The attack was the most brutal, terrifying and humiliating experience of my life and has stayed with me ever since,” Le continued.

The San Francisco Chronicle reports, “Rachel Marshall, a spokesperson for District Attorney Chesa Boudin, said a number of AAPI-centered services were introduced under Boudin’s watch, and said the office was ‘proud of our Victim Services Division’s hard work on (Lê’s) case, which has been mischaracterized by this blatantly political lawsuit.'”

“Le’s attorneys said the allegations against Boudin’s office amount to a violation of Marsy’s Law, also known as the California Victims’ Bill of Rights Act, which seeks to provide victims of crimes with rights, including that they be kept apprised of court proceedings and are protected from the defendant,” the report continued.

The lawsuit was filed in federal court. Le’s legal team also plans to file a lawsuit against Tanner in the San Francisco Superior Court.

Tanner’s public defender, Sliman Nawabi, said that the bat was plastic and that the elder attacker is in a wheel chair — therefore there were not any serious injuries. He claims that Tanner and his wife were on the sidewalk with their young children who were riding bikes when Le began yelling at them.

“Out of fear for his safety, Mr. Tanner’s 11-year-old son took out his plastic baseball bat and swung it at Mr. Lê,” Nawabi said, according to the report from the Chronicle. “Mr. Le refused medical attention that day and had no visible injuries from the plastic baseball bat. Mr. Le was never attacked by Mr. Tanner nor was a glass bottle used as a weapon against Mr. Le.”

Jen Kwart, a spokesperson for the City Attorney’s Office, told the paper that “the city, including all its departments, stands strong against Asian hate. We are reviewing the complaint and will work with the District Attorney’s Office to respond in the litigation.” 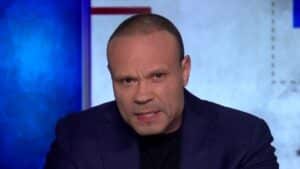