Bongino had a main channel and a secondary channel that hosted short clips from his digital show. The clip account was previously suspended for posting COVID-19 “misinformation.”

After the clip account was suspended, Bongino uploaded a video to his primary account — which the platform said violated the suspension evasion.

Now, both of the channels have been permanently removed and the commentator will not be permitted to create another one.

A spokesperson for the platform told The Hill that channels “associated with his name” are also forbidden.

Bongino responded to the initial suspension in a letter, which he posted online.

I guess they were waiting for an apology from us. But that’s not quite how it worked out for them. Here’s Dan’s email to “Coco” at YouTube telling them to plant a big wet kiss on his ass pic.twitter.com/4yFeprnr3Y

“We knew it was just a matter of time before the tyrannical, free-speech hating, bullsh*t, big tech sh*thole your work for, would try to silence us. I anxiously waited for this moment however, as I’ve said on my show many times,” Bongino wrote.

“Thankfully, I’m one of the investors with Rumble, a video platform that respects free speech,” Bongino continued. “As a matter of fact, I have more than double the number of followers there, than on your sh-t platform.” 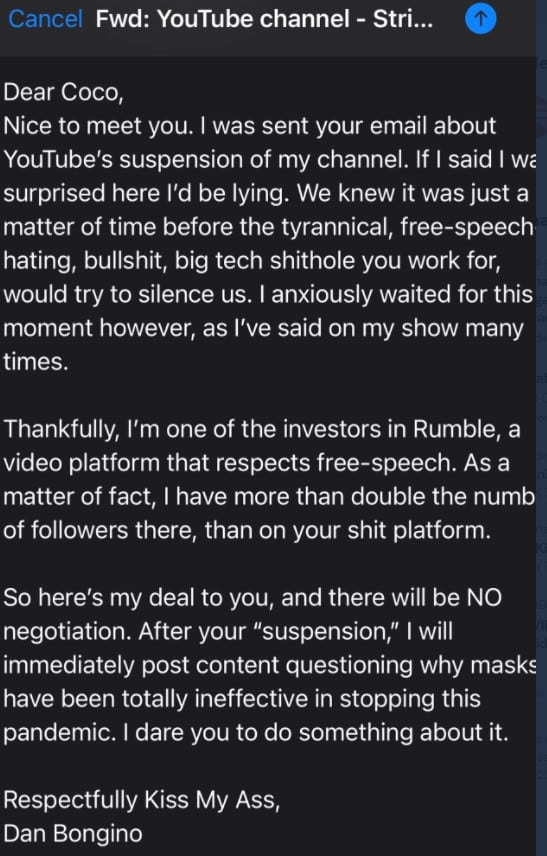 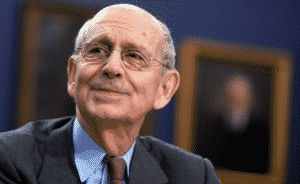