A federal appeals court has sent a case about Texas’ “Heartbeat Act” abortion law to the Republican-majority State Supreme Court.

In a 2-1 ruling on Monday, the 5th Circuit Court of Appeals in New Orleans decided that “the unresolved questions of state law must be certified to the Texas Supreme Court.”

“At every stage of its existence, S. B. 8 and its defenders have challenged Supreme Court authority, first by deliberately nullifying a constitutional right expounded by the Court and now, when checked by that Court by convincing us, an inferior federal court duty-bound to apply a Supreme Court holding, instead to question that holding. It is this sequence which called to my mind Judge Wright’s trust that the Supreme Court and its decrees will be upheld by legislatures and courts, not circumvented and enfeebled,” the 22-page ruling concluded.

The decision is seen as a massive blow for pro-abortion advocates, as the state Supreme Court is unlikely to overturn the controversial law.

The so-called “Heartbeat Act” bans abortions at about six weeks, or as soon as a fetal heartbeat can be detected. It is enforced by allowing private citizens to sue abortionists who violate the restriction.

“Abortion providers from across Texas originally sued several state officials in an effort to block enforcement of Senate Bill 8, which took effect Sept. 1, but a divided U.S. Supreme Court said in December all but one of those challenges should be dismissed. Justices said a more narrow case, targeting the licensing officials, could proceed in Texas courtrooms,” the Austin American-Statesman reports.

“Providers had hoped the case would be sent back to a federal district courtroom in Austin with a history of siding with abortion rights advocates, but it was instead sent to the 5th Circuit, considered one of the country’s most conservative appellate courts,” the report continued.

Both dissents from the December 10 #SCOTUS ruling had suggested that the Justices believed the district court would be able to act quickly. This decision now keeps the case in limbo — and abortion after 6 weeks in the nation’s second-largest state — a dead-letter, indefinitely. https://t.co/B7yAcWg6Tn

For now, the Heartbeat Act stands and remains law in Texas. 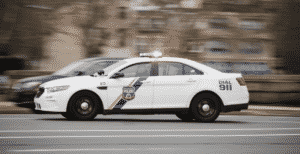 Philadelphia Reports 91 Carjackings In The First Two Weeks Of 2022