A federal appeals court has ruled that the Obama administration violated the law when they implemented the Deferred Action for Childhood Arrivals (DACA) program.

The decision will not change or end protections for the 600,000 people who are currently enrolled in the program — but it has put a stop to new applicants.

DACA was implemented by former President Barack Obama to protect immigrants from deportation but offers no path to US citizenship.

“There is no ‘clear congressional authorization for the power that DHS claims,” the appeals court’s ruling said. It added that the program is “manifestly contrary” to federal immigration law.

The lawsuit challenging DACA was initiated by Texas Attorney General Ken Paxton and was joined by nine other states.

Texas argued that DACA was illegal and that the state had the standing to challenge it because it inflicts “pocketbook injuries” on the state in the form of healthcare, education, and social services costs.

The case will now be sent to Federal District Court in Houston where they will consider new changes made by the Biden administration in an effort to protect the program.

President Joe Biden responded to the ruling in a statement saying that he is “disappointed in today’s Fifth Circuit decision holding that DACA is unlawful. The court’s stay provides a temporary reprieve for DACA recipients but one thing remains clear: the lives of Dreamers remain in limbo.“

“Today’s decision is the result of continued efforts by Republican state officials to strip DACA recipients of the protections and work authorization that many have now held for over a decade,” the statement continued. “And while we will use the tools we have to allow Dreamers to live and work in the only country they know as home, it is long past time for Congress to pass permanent protections for Dreamers, including a pathway to citizenship.”

“My Administration is committed to defending Dreamers against attacks from Republican officials in Texas and other States. This challenge to DACA is just another example of the extreme agenda being pushed by MAGA-Republican officials,” the statement concluded. 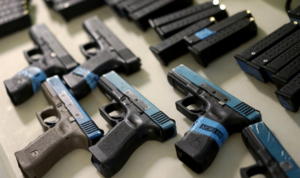