Citing its ruling in 2022 New York State Rifle & Pistol Assn., Inc. v. Bruen, the Court ruled the law must undergo “further consideration” by the US Court of Appeal for the First Circuit. None of the justices offered a dissent and the order was unsigned.

At the center of Morin v. Lyver is a state law restricting who can buy and own handguns. This included requiring permits for pistol possession and banning anyone convicted of a nonviolent misdemeanor involving the possession or use of guns from buying a handgun for five years. Individuals with other criminal convictions are entirely banned from obtaining gun permits, per Truth Press.

The case “concerned the plaintiff being denied a new firearm license because he had two out-of-state misdemeanor convictions for weapons possession,” reports The New York Post.

The law had previously been declared constitutional by the District Court of Massachusetts.

As part of its Bruen decision, the Supreme Court ruled states cannot place an undue burden on citizens that prevent them from seeking carry permits. The court specifically prohibited states from requiring residents to meet subjective standards to receive a handgun permit.

“The constitutional right to bear arms in public for self-defense is not ‘a second-class right, subject to an entirely different body of rules than the other Bill of Rights guarantees,’” Justice Clarence Thomas wrote for the majority. “We know of no other constitutional right that an individual may exercise only after demonstrating to government officers some special need.”

Gun regulations have been a recurring topic for the current term of the Supreme Court, which reconvened this week following a summer recess.

On Oct. 3, the Court decided not to take up two challenges to a ban on bump stocks that had been enacted in 2019 under President Donald Trump’s administration. One case involved a Utah-based Second Amendment advocate and the other involved Gun Owners of America and other ideologically similar groups.

The bump stock ban was enacted in response to the 2017 mass shooting at a country music festival in Las Vegas where 58 people died and 850 were injured.

“The gunman, a 64-year-old retired postal service worker and high stakes gambler, used assault-style rifles to fire more than 1,000 rounds in 11 minutes into the crowd of 22,000 music fans,” per CBS News.

The justices did not offer a comment on or explanation for their decision not to hear the cases. 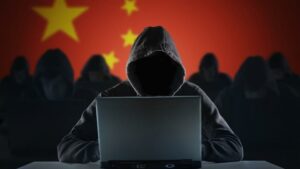