The technology company proposed the pilot program after a study found that Gmail disproportionately flagged emails from Republican candidates as spam.

“The Commission concludes that the proposed pilot program would be permissible under the Act and Commission regulations and would not result in the making of a prohibited in kind contribution,” the FEC wrote in response to Claire Rajan, the attorney for Google who submitted the opinion.

Google’s new program is designed for registered authorized candidate committees, political party committees and leadership PACs who opt to be in the program. The service will be offered on a “nonpartisan basis” at no cost to the participants.

The company will “verify that the sender represents the committee it purports to represent by ensuring that the email was sent by the email listed on the committee’s Statement of Organization, which Google will retrieve with the FEC ID number.”

Emails sent by the organizations involved in the program will be able to pass the company’s current email spam algorithms.

In turn, the first email sent by each group will include a prompt allowing users to choose if they want to continue receiving emails from the organization. The email would continue to circumvent the spam folder if the user does not opt out of receiving future messages. At any time, a user could elect to mark an organization’s emails as spam.

Google will also provide the participating political organizations an Inboxing Rate, a general indication of how many messages reach an inbox or are directed to a spam folder.

“Google may offer the proposed pilot program to Eligible Participants because Google would offer the program at the usual and normal charge and in the ordinary course of its business,” the FED wrote.

“The Commission concludes that the proposed pilot program would be permissible under the Act and Commission regulations and would not result in the making of a prohibited in-kind contribution,” the FED concluded.

Two Democrats on the commission submitted a separate opinion, stating “the proposed pilot program would not be permissible under the Act and Commission regulations because it would result in the making of a prohibited in-kind corporate contribution.” The members said that, because the pilot program would be offered exclusively to political users, it exceeded the basic, free services Gmail offers.

“The Commission has never approved the provision of a free and enhanced service by a corporation to a group consisting solely of political committees,” states the dissenting opinion. “Unlike a minor adjustment to an existing program, Google’s proposal would allow Pilot Participants to wholly bypass its existing systems and gain unprecedented access to its users.”

Researchers at North Carolina State University reported in March that 77% of emails sent by Republican candidates were marked and discarded as spam by Gmail during the 2020 general election. Just 10% of emails from Democrats were flagged as spam.

“Yahoo retained about half of all the political emails in inbox (up to 55.2% marked as spam) while outlook filtered out the vast majority of emails (over 71.8%) from all political candidates and marked them as spam,” the researchers wrote. “We further observed that the percentage of emails marked by Gmail as spam from the right-wing candidates grew steadily as the election date approached while the percentage of emails marked as spam from the left-wing candidates remained about the same.”

Google has denied that its email-sorting algorithm has any kind of political bias.

“Just to reiterate, there is no current bias in the system and the way that the filters operate,” Rajan said while meeting with the FEC, per CNET. “Everything that Google does is on a nonpartisan basis. The products are not intended to discriminate against any candidate, any party or any speaker.” 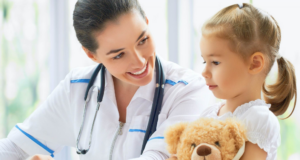