The American Academy of Pediatrics is being denounced by physicians who say the organization is pushing puberty blockers on transgender-identifying minors despite concerns expressed by its members.

Whistleblowers have alleged that the organization is intentionally altering its rules to prevent members from mandating a thorough review of the organization’s current recommendations.

New documents acquired by the Daily Mail include a series of comments from the AAP’s members-only website complaining about the organization’s policies regarding the treatment of young people with gender dysphoria or who identify as transgender.

Specifically, doctors involved with AAP complained because the organization blocked Resolution 27 which would have required the organization to “undertake a rigorous systematic review of available evidence regarding the safety, efficacy, and risks of childhood social transition, puberty blockers, cross sex hormones and surgery.”

The physicians want the AAP to then update its 2018 guidelines that established the care offered to “gender dysphoric youth” based on the results of the review “in consultation with a range of stakeholders, including mental health and medical clinicians, parents and patients, with diverse views and experiences.”

The resolution cites multiple studies that call into question the long-term impacts of puberty blockers.

A review ordered by the United Kingdom’s National Health Service “concluded that the evidence of benefits of puberty blockers and hormonal interventions in youth is inconclusive and that the evidence basis itself is of very low quality.”

Another review led the Finnish Health Authority to recommend psychotherapy as the first line of treatment for gender dysphoria in minors, not puberty blockers and hormone therapy.

The Royal Australian and New Zealand College of Psychiatrists cited a “paucity of evidence” in an August 2021 report about the condition’s treatment. The medical organization emphasized “the importance of a comprehensive assessment which incorporates full consideration of the context, as well as features of mental illness and personal and family history.”

In February of 2022, the National Academy of Medicine in France recommended physicians exercise “great caution” when prescribing puberty blockers and hormone therapies to young people “due to concerns about serious long term side effects, especially given the lack of any definitive test to distinguish transient from persistent dysphoria in young people.”

The same month, the Swedish National Board of Health and Welfare found that “the risks of hormone treatment for those under 18 outweigh the benefits, and that these interventions should not be offered outside of clinical trials.”

The doctors who spoke to The Daily Mail said the organization is pushing children and teens to the more preeminent treatments — prescribed drugs and surgery.

‘There are other ways to treat gender dysphoria, and AAP seems to be ignoring these other approaches,’ said psychotherapist Stella O’Malley, who emphasized that the AAP’s current recommendation place a “heavy medical burden on the body” that often have long-term consequence, including sterility, anorgasmia and osteoporosis.

After the review was issued by a group of five doctors in March, the AAP announced it would not be debated because of a procedural rule – preventing an organization-wide vote.

“There is strong consensus among the most prominent medical organizations worldwide that evidence-based, gender-affirming care for transgender youth and adolescents is medically necessary and appropriate,” the group said in a July statement, per Fox News. “The decision of whether and when to initiate gender-affirming treatment, which does not necessarily lead to hormone therapy or surgery, is personal and involves careful consideration of risks, benefits, and other factors unique to each patient and family.”

A poll conducted by Competitive Edge Research in July found that 60% of Americans believe gender and sexual identity activists are “going too far” in the work for a new cultural attitude regarding gender. Additionally, 58% of respondents said gender is not on a spectrum and the majority said there are only biological males and biological females. 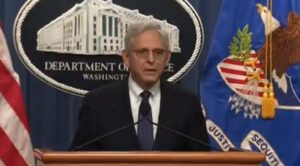