Attorney General Merrick Garland held a press conference on Thursday announcing that the Justice Department has filed to unseal the search warrant and property list in the raid of former President Donald Trump.

The press conference was Garland’s first public statement since Mar-a-Lago was searched by federal agents on Monday.

During his speech, Garland confirmed the FBI search of Trump’s residence and announced that the department has filed a motion to unseal the warrant and property receipt.

“Just now, the Justice Department has filed a motion in the southern district of Florida to unseal a search warrant and property receipt relating to a court-approved search that the FBI conducted earlier this week. That search was a premises located in Florida belonging to the former president,” Garland said.

Garland claimed that he will not give further details about the search for ethical reasons.

The attorney general also announced that the copies of the warrant and property record receipts were provided to Trump’s counsel during the search.

“The search warrant was authorized by a federal court upon the required finding of probable cause,” Garland said. “Copies of both the warrant and the FBI property receipt were provided on the day of the search to the former President’s counsel who was on site during the search.”

Additionally, the attorney general also confirmed that he personally signed off on the warrant.

AG Merrick Garland delivers a statement about the FBI raiding Trump: “I personally approved the decision to seek a search warrant in this manner.” pic.twitter.com/mIhawVK3o9

“Faithful adherence to the rule of law is the bedrock principle of the Justice Department and of our democracy. Upholding the rule of law means applying the law evenly, without fear or favor,” Garland said.

The press conference took place at the Justice Department on August 11, hours after an armed man attempted to break into the Cincinnati FBI building — prompting a shootout and standoff in Clinton County, Ohio. The man was making threats, but his motives were not yet publicly available at the time of publishing.

“Much of our work is by necessity conducted out of the public eye. We do that to protect the Constitutional rights of all Americans and to protect the integrity of our investigations,” he said.

The raid of Trump’s residence marks the first time in American history that a former president’s home was searched as part of a criminal investigation. 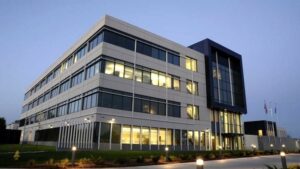