An armed suspect attempted to break into the Federal Bureau of Investigation (FBI) Cincinnati field office, leading to a police chase with shots fired.

At approximately 9:15 am EST, a man entered the FBI building and fired a nail gun toward personnel before fleeing in a vehicle, according to NBC News.

Clinton County Emergency Management Agency officials said law enforcement officers exchanged gunfire with the male suspect who is wearing body armor. Officials have the man contained, but he has not yet been taken into custody.

“Upon the activation of an alarm and a response by armed FBI special agents, the subject fled northbound onto Interstate 71,” FBI Cincinnati said. “The FBI, Ohio State Highway Patrol, and local law enforcement partners are on scene near Wilmington, Ohio, trying to resolve this critical incident.”

Wilmington is roughly 45 minutes northeast of Cincinnati and law enforcement officers closed Interstate 71 in both directions as officers pursued the suspect who was driving a white Ford Crown Victoria.

State Route 73 was also closed in both directions between Mitchell Road and State Route 380.

A lockdown is in effect within a one-mile radius of the standoff scene, according to ABC News. Local residents have been instructed to remain inside and lock their doors. 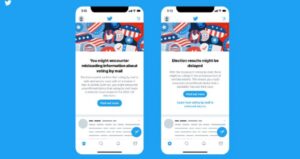