The platform will also be throttling tweets that they deem to be incorrect, specifically by removing the ability to “like” or share them.

On Thursday, the company announced that it is activating its Civic Integrity Policy for the US midterms.

“The Civic Integrity Policy covers the most common types of harmful misleading information about elections and civic events, such as: claims about how to participate in a civic process like how to vote, misleading content intended to intimidate or dissuade people from participating in the election, and misleading claims intended to undermine public confidence in an election – including false information about the outcome of the election,” Twitter said in the announcement.

The company explained that they will be adding “credible information” or “helpful context” to users tweets if they potentially contain a “misleading claim.”

“Tweets with this content may be labeled with links to credible information or helpful context, and Twitter will not recommend or amplify this content in areas of the product where Twitter makes recommendations. People on Twitter will see a prompt prior to liking or sharing labeled tweets, and in cases where there is potential for harm associated with the false or misleading claim, the Tweet may not be liked or shared to prevent the spread of the misleading information,” the announcement continued.

Twitter will also be using “prebunks,” which were first introduced during the 2020 election. When searching for certain topics, the company will first show users banners of information in their timelines and search bar “to get ahead of misleading narratives.”

“We’re also bringing back prebunks — in English, Spanish, and all other languages supported on Twitter — to get ahead of misleading narratives on Twitter, and to proactively address topics that may be the subject of misinformation,” the company said. “Over the coming months, we’ll place prompts directly on people’s timelines in the US and in Search when people type related terms, phrases, or hashtags.”

To do this, Twitter will be relying on and sharing “reputable news outlets, curated by Twitter’s Curation team.”

The algorithm will also be changing to stop the spread of “misleading” tweets.

“Earlier this year, in the US and Brazil, we tested ways to prevent misleading Tweets from being recommended through notifications. Early results show that impressions on misleading information dropped by 1.6 million per month, as a direct result of the experiment,” the company said. “We’ve since applied this intervention to notification recommendations on Twitter and are exploring possibilities for other surfaces on Twitter.” 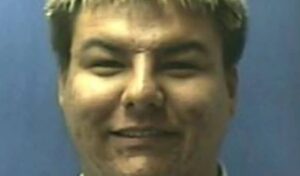