Instagram’s parent company, Facebook, announced it will pause work on a version of the app designed for children.

The platform — intended for users ages 10 to 12 — will be put on ice following criticism from both users and lawmakers. The app would have been advertisement-free and allowed parents to monitor their children’s activity.

According to Newsweek, “dozens of public health advocates and child safety groups wrote in a letter to Facebook that members feared an app would put young people at ‘great risk’ and exploit kids’ desire for peer approval.”

Facebook said in a statement that while it “believe[s] building ‘Instagram Kids’ is the right thing to do” they will continue the “project at a later date,” shifting their focus to “teen safety and expanding parental supervision features for teens.”

On September 14, The Wall Street Journal published a detailed report that showed that an internal study showed Facebook repeatedly found its photo-sharing platform was harmful to teenagers. Studies conducted over the past three years by the company documented the harmful effects of Instagram use among teens — especially teen girls, The Post noted.

Teens attributed increased rates of anxiety and depression to Instagram use, according to internal reports.

“Research presented in 2019 reportedly found that Instagram makes body image issues worse for one in three teen girls,” per CNET.

Facebook counterargued that the internal data was misunderstood and that “teens report having both positive and negative experiences with social media.”

Pratiti Raychoudhury, vice president and head of research at Facebook, wrote in a blog post, “It is simply not accurate that this research demonstrates Instagram is ‘toxic’ for teen girls … The research actually demonstrated that many teens we heard from feel that using Instagram helps them when they are struggling with the kinds of hard moments and issues teenagers have always faced.”

“Critics of ‘Instagram Kids’ will see this as an acknowledgment that the project is a bad idea,” Instagram head Adam Mosseri wrote in a blog post. “That’s not the case. The reality is that kids are already online, and we believe that developing age-appropriate experiences designed specifically for them is far better for parents than where we are today.”

Rep. Lori Trahan (D-Massachusetts) and Sen. Richard Blumenthal (D- Connecticut) said Monday that the projects’ pause was “insufficient.” They asked for the social media platform to abandon the project entirely.

“We are pleased that Facebook has heeded our calls to stop plowing ahead with its plans to launch a version of Instagram for children,” the politicians said in a statement. “Facebook has completely forfeited the benefit of the doubt when it comes to protecting young people online and it must completely abandon this project.” 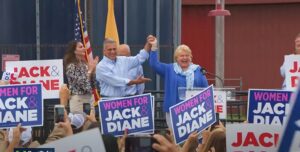