Republican candidate Jack Ciattarelli stands out as the candidate in the New Jersey gubernatorial race with the most qualifications, having served in the Garden State state and local government longer than any of the others. Ciattarelli represented a swing area and clearly knows how to work across the aisle and get things done. In addition, New Jersey is proud of its heritage as the second state to declare independence from the British Empire, and, as such, New Jerseyans cherish individual freedom and the marketplace of ideas. New Jersey needs a Jersey guy to right the ship, away from the Scylla-and-Charybdis of traditional machinery and leftist extremism.

One of the most critical topics determining New Jersey’s future is education.

Massive federal relief. A purported surplus. Unprecedented borrowing. And still no support for the school districts that lost funding under New Jersey’s S2 dating back to May 2018. Struggling districts such as Jersey City, Asbury Park and countless others across the state will have to resort to another grotesque round of crippling cuts and layoffs. The status quo will leave students, parents, educators, and administrators in a protracted downward spiral with no end in sight.

There must be another way.

Ciattarelli’s platform calls for a complete overhaul of the state school funding formula. If his plan is successful, he has the chance to be the most consequential governor the state has seen since Thomas Kean. It was under Kean, a Republican, that the Abbott/SDA district system was established, giving school districts in economically struggling municipalities a greater chance at attaining upward mobility. It was the efforts of Kean and other past governors that have allowed New Jersey to have a top-ranked education system.

Conversely, the incumbent governor, Phil Murphy, has stated that he wants New Jersey to be the “California of the East Coast.” Compared with New Jersey’s first in the nation ranking, California has one of the weakest K-12 public education systems, with a nationwide ranking of 40 out of 50. On average, class sizes in California are much higher than in New Jersey, while funding per student is much lower. Graduation rates are considerably lower than the Garden State’s.

Yet education isn’t the only way in which a “California model” will fail.

The rise of crime nationwide is likely the most underreported story of the year, with murders and theft rising in New York, Chicago, San Francisco and across New Jersey. When asked about it, the incumbent governor implicated the hot weather as a cause. Not only does this show a lack of willingness to take on the problem, it also evokes memories of the “long hot summer” of 1967 (and other years) in which crime in cities spiked. Much of the rise in crime in California has been linked to the decisions of District Attorneys, with the tacit approval of Democratic Governor Gavin Newsom. While petty theft is still a crime on the books, the San Francisco DA’s policies have essentially decriminalized small-scale shoplifting. The end result has been that major retailers have reduced hours in the city that exemplifies what many of today’s Democrats want America to be. Not to be outdone, the Governor’s COVID policies may end up as a factor in rising crime, particularly in cases such as the inmate who allegedly committed murder days after his release.

Considering that roughly a third of New Jersey’s small businesses have gone under in the past year due to the Governor’s lockdowns, business owners and employees are not going to be empowered by a lax approach towards crime as has occurred in California. Jack Ciattarelli, who founded and operated a medical publishing business, would be an obvious ally of the small businesses that comprise the backbone of New Jersey’s economy.

You’d think, given all of the controversies the Murphy administration has been embroiled in, that someone would step up to the plate to challenge him. The scandal unfolding in Edna Mahan. The COVID nursing home orders. His women’s soccer team. The Goldman Sachs sweatshop investments. Enter women’s rights champion and former State Senator Diane Allen, who has joined Ciattarelli’s ticket as lieutenant governor. A longtime legislator representing Burlington County, Senator Allen is the first South Jerseyan on a gubernatorial ticket since 1993. A life-long supporter of the Equal Rights Amendment, it is going to be difficult for Murphy’s social media army to paint Allen as too far to the right. Of course, they’re trying. The Ciattarelli-Allen mainstream, Jersey-centric approach stands out as a marked contrast to the incumbent’s top-down imposition of lockdowns and other restrictive measures. While Ciattarelli and Allen clearly come from the grassroots, Murphy comes across as an aloof viceroy from Massachusetts — not unlike the British colonial governors that New Jerseyans such as Joshua Huddy rebelled against in the Revolutionary War. The madness of King George has been matched by the authoritarian incompetence of Phony Phil.

Governor Murphy likes to portray himself as bringing about a so-called “stronger and fairer” New Jersey. Yet his agenda and conduct have been largely unfair to female New Jerseyans as well as African-American and Latino New Jerseyans. His policies have been unfair to the small businesses that comprise the lifeblood of New Jersey’s economy. It’s clear that Jack and Diane are most likely to lead a New Jersey comeback in which their policies will promote economic strength and fair treatment of all New Jerseyans. 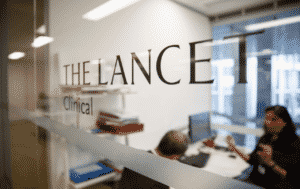 British Medical Journal Refers to Women as 'Bodies With Vaginas'