'This Will Mean Working Long Hours At High Intensity. Only Exceptional Performance Will Constitute A Passing Grade'

The email appears to suggest employees will be tasked with an intense workload and will maintain employment through “exceptional performance.”

Musk doubled down on the importance of Twitter’s code writers constituting the “greatest sway” regarding the success of the platform.

A confirmation link was provided in the email which Musk instructed employees to click in “agreement” with his proposed standards for Twitter’s endeavor by Thursday evening. Employees disagreeing with Musk’s standards or failing to click the link would be let go with three months of severance pay, according to the email.

“Going forward, to build a breakthrough Twitter 2.0 and succeed in an increasingly competitive world, we will need to be extremely hardcore,” reads the letter obtained by Business Insider. “This will mean working long hours at high intensity. Only exceptional performance will constitute a passing grade.”

Twitter will also be much more engineering-driven. Design and product management will still be very important and report to me, but those writing great code will constitute the majority of our team and have the greatest sway. At its heart, Twitter is a software and servers company, so I think this makes sense. If you are sure that you want to be part of the new Twitter, please click yes on the link below. … Whatever decision you make, thank you for your efforts to make Twitter successful.

Musk’s email follows a string of company-wide layoffs. In early November, about half of Twitter’s 8,000 employees were laid off in response to the company’s financial losses.

“Regarding Twitter’s reduction in force, unfortunately there is no choice when the company is losing over $4M/day,” said Musk in a tweet. “Everyone [who] exited was offered 3 months of severance, which is 50% more than legally required,”

Regarding Twitter’s reduction in force, unfortunately there is no choice when the company is losing over $4M/day.

Everyone exited was offered 3 months of severance, which is 50% more than legally required.

On Sunday, the tech billionaire let go of one Twitter employee who appeared to criticize Musk on the platform. Musk apologized for the app’s lack of speed in many countries, to which the employee, who said he had been working for Twitter for six years, responded to Musk saying his assessment was incorrect.

“Then please correct me. What is the right number?” Musk responded to the employee. “Twitter is super slow on Android. What have you done to fix that?”

Shortly after their interaction, Musk announced in a now-deleted tweet that the employee had been fired. 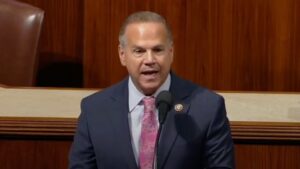