Over 500 nurses, educators, and other union workers gathered outside city hall in New York City on Wednesday afternoon to oppose vaccine mandates encouraged by federal, state, and local governments.

Protestors spoke with Timcast about their concerns for personal freedom when it comes to medical care as well as the possibility of having to leave New York City and potentially their careers.

“I don’t care anything about politics, let’s talk about human rights: they’re taking away our human rights,” said one healthcare worker, brandishing a sign that read “Medical Freedom.”

“Nothing short of a gun to my head will make me get this vaccination,” a nearby protester interjected.

A flier for the event deemed it to be the largest protest from rank and file union members in the city’s history. 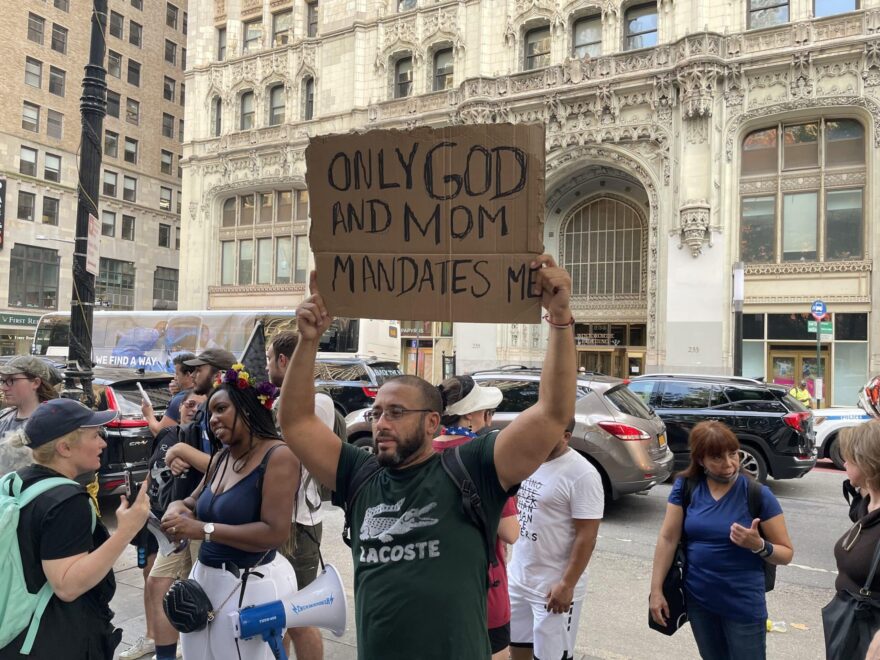 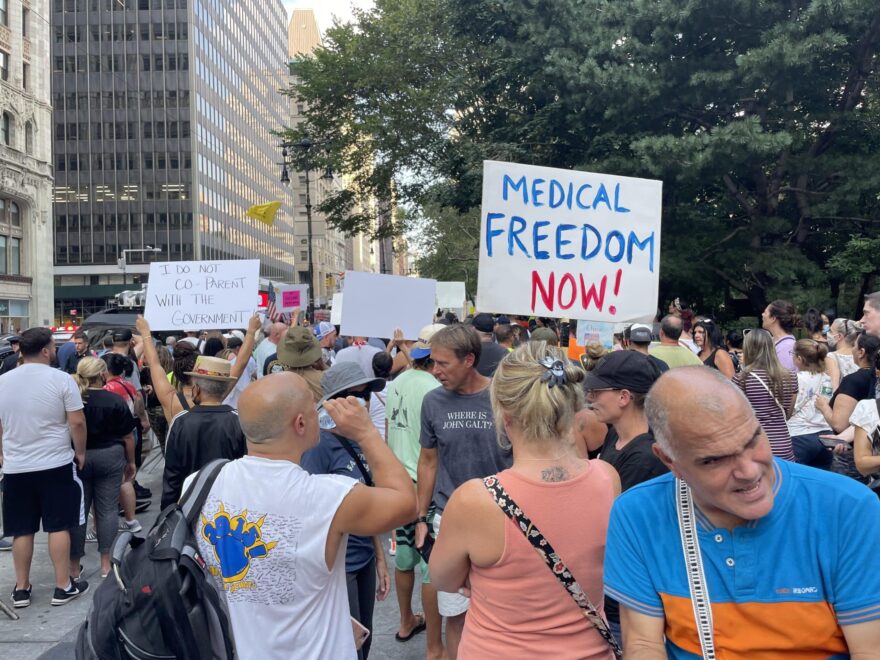 One union worker, clad in a shirt that read “I Identify as Vaccinated,” explained that his family immigrated to America from the Soviet Union in 1989 to escape tyranny.

“I came here for freedom,” he said. “We came here to be free and to be able to choose and to live our life … I feel like I’m right back where I came from.”

Recently, he said his family has expressed concerns over whether or not coming to the United States was a mistake.

Several workers said they would either have to quit their jobs or consider moving to a different state.

“I might not have a choice,” one worker said. “I might have to move down south [and] start all over.”

“I’m leaving if this [mandate] goes through,” one woman said. “I will be quitting my job and leaving the UFT [United Federation of Teachers] union.” 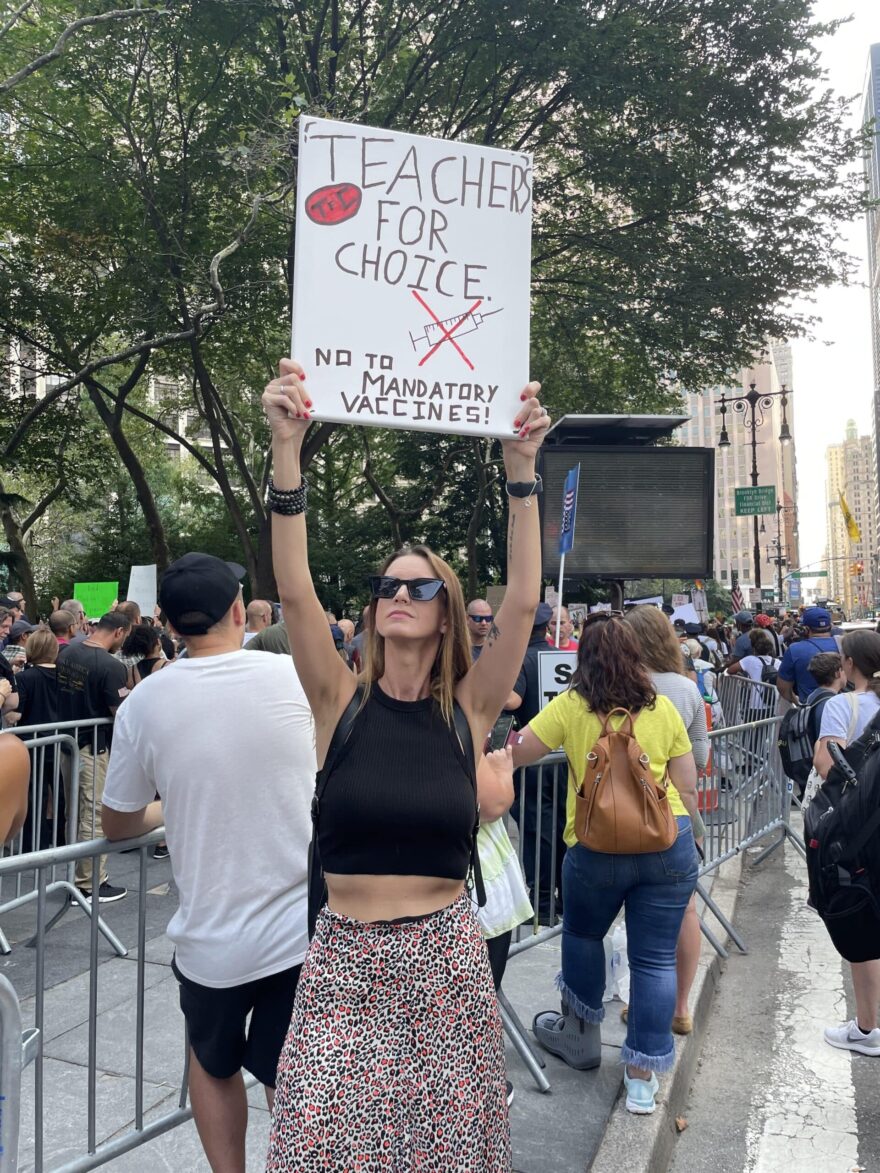 “My union isn’t supporting my choice to not get the mandate,” she said. “I think we should all have a choice in what we do and if others wanna get it it’s fine. But I don’t think I need to lose my job over that and lose my family over vaccine[s].”

The union member said she’ll be forced to get the injection by September: “So not only is it required, [there’s] short notice. There’s no way out, there’s no plan B: it’s get it or lose your job right now.”

“By [Sept. 1], I have to get vaccinated,” another healthcare worker said. “I have never realized how much the government has control over us until this moment in my life.”

“I have no say, I have no right, I am not an American anymore,” she said, fighting back tears.