'This method of cheating, which has been around for 200 years, it's time for it to go,' lead prosecuting attorney told Timcast

A Maryland judge has struck down the state’s new Democrat-drawn congressional map, ruling that it was an “extreme gerrymander.”

Senior Judge Lynne A. Battaglia of the Circuit Court for Anne Arundel County ruled that the map had “constitutional failings” and did not adhere to requirements of focusing on “compactness” and keeping similar communities together.

Judge Battaglia wrote that the evidence “yields the conclusion that the 2021 Congressional Plan in Maryland is an ‘outlier,’ an extreme gerrymander that subordinates constitutional criteria to political considerations.”

As noted by The New York Times, the Democrat-drawn congressional map would have effectively guaranteed them at least seven of the Maryland’s eight House seats, or 87 percent of the state’s seats. In comparison, President Biden won Maryland with only 65 percent of the vote in 2020.

Judge Battaglia agreed with Republicans who argued that the map was an attempt by Democrats in the state General Assembly to silence their votes. She wrote, “All of the testimony in this case supports the notions that the voice of Republican voters was diluted and their right to vote and be heard with the efficacy of a Democratic voter was diminished.”

The ruling marks the first time in Maryland’s history that a judge has found a congressional map violated the state constitution.

Maryland Gov. Larry Hogan (R) said that the ruling was “a monumental victory for every Marylander who cares about protecting our democracy, bringing fairness to our elections, and putting the people back in charge.”

“This is an historic milestone in our fight to clean up the political process in our state, and ensure that the voices of the people we are elected to serve are finally heard,” he said.

The lawsuit was filed by Judicial Watch, a nonprofit judicial and government watchdog group, on behalf of 12 registered Maryland voters who “object to Maryland’s 2021 congressional redistricting plan on the grounds that it is a partisan gerrymander that diminishes their rights to participate in free, fair elections for the U.S. Congress on an equal basis with other Maryland voters, in violation of the Maryland Constitution. The trial also included plaintiffs from a separate lawsuit,” the group wrote in a press release.

In an exclusive interview with Timcast ahead of the ruling, Judicial Watch’s senior attorney Robert Popper explained the lawsuit and some of the problems with Maryland’s congressional map.

In determining if gerrymandering occurred, Popper said that “first, you can use the circumstances under which a bill was passed.” He explained the circumstances surrounding the Maryland map: “a bipartisan commission recommended a map to Maryland Governor Larry Hogan on November 5 that he approved, but the legislature passed a different proposal in a straight party-line vote. On December 9, 2021, Hogan vetoed this proposal, and, the same day, the state legislature overrode his veto on another party-line vote.”

Popper said it was “showing a lot” that the map needed to be “jammed down everyone’s throats on a veto override.”

“Second,” Popper went on, “you can use district lines and overlay them on partisan clusters. And that’s really clear evidence. And the defense, in my view, had a hard time dealing with or explaining that evidence, and for the most part, just didn’t touch it.”

“There’s a simple method, which is just straight proportionality. And there we made a showing; I believe that Democrats are on target to win all eight seats. All eight congressional seats, in an environment where Republicans typically cast from 33 to 37 or 38% of the vote. So, you know, if 37% of the vote gets you 0% of the seats, there’s a lack of proportionality suggesting partisan gains — particularly the more seats you deal with, the more true that is, as more and more local races were clearly gerrymandered,” he explained. Popper later discussed the “new computer-generated” maps that are “equal population, technically,” but are “drawn so convoluted, that it’s effectively like you don’t even really have a district at all.”

“This method of cheating, which has been around for 200 years, it’s time for it to go,” Popper concluded. “If you’re a state that doesn’t have an anti-gerrymandering provision, then suddenly it’s a political issue. Why don’t you? You want districts that are ugly and screwed up for partisan advantage, you want to cheat opponents in state elections.”

“To call this a big deal would be the understatement of the century,” the statement read. “Judge Battaglia’s ruling confirms what we have all known for years — Maryland is ground zero for gerrymandering, our districts and political reality reek of it, and there is abundant proof that it is occurring. Marylanders have been fighting for free and fair elections for decades and for the first time in our state’s shameful history of gerrymandering, we are at the precipice of ending it.” 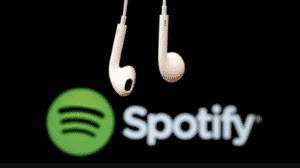 Spotify Announces It Will Suspend Service in Russia