A former Navy SEAL who transitioned from a man to a woman, and has since detransitioned, is warning adolescents to be cautious when considering whether to undergo gender affirming surgery.

Chris Beck is a veteran who served on SEAL Team Six and told the New York Post in an exclusive interview that the decision to transition destroyed his life.

“I would’ve gone about my life and never said a word,” Beck told The Post. “But right now, there are doctors doing surgery on 12-year-old children and that’s unacceptable.”

Beck says that he has gender dysphoria and was authorized for hormone therapy by the Department of Veterans Affairs after just one meeting. He underwent the treatment from 2011 through 2015 and now says that clinicians pushed him into the medical treatments that have ruined his life.

“Twelve-year-olds can’t get tattoos, can’t drink booze or do anything,” Beck said. “They have not fully developed as humans and anyone who has ever had a child knows this. We can’t allow these doctors to butcher children.”

Gender affirming surgeries have been on the rise for at least the last two decades according to researchers at Johns Hopkins University. But, as more young Americans are being persuaded by adults around them to undergo treatment, new controversies arise.

Beck says that anyone considering undergoing gender affirming surgery should gather as much information as possible before speaking with gender clinics, psychologists and physicians.

“These doctors are leading you astray,” Beck said, referring to America’s youth. “This is nothing against any kids who want to live their dream or do whatever they want. This is not about hating them or making them not want to be who they want to be. I want everyone to be who they can be to their greatest potential, but right now it’s so confusing. There’s not enough information out here from both sides. It seems very one-sided.” 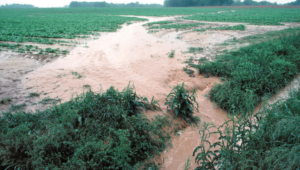