The bill, the Agricultural Foreign Investment Transparency Act, will modify the Agricultural Foreign Investment Disclosure Act, a similarly named 1978 bill that established the procedure for collecting and documenting the foreign ownership of agricultural land in the United States. The reforms proposed by Stefanik and Crawford would mandate that the Secretary of Agriculture must make all disclosure reports publicly available from the United States Department of Agriculture website.

Further, a broader range of properties will be required to file disclosures, including those who are not currently utilizing the land and those who have obtained short-term leasing rights to the land. The bill would also take into account security issues arising from the proximity of foreign-owned land to U.S. military installations and bases.

“Food security is national security, and we cannot allow our foreign adversaries to assert any control over our land or agriculture industry,” Stefanik said. “I am proud to shine a light on the malign influence of the Chinese and our other foreign adversaries who are buying up our land, undermining our farmers, and threatening our nation’s security.” She went on to explain that she does not support the foreign ownership of any agricultural lands.

“The recent increase in Chinese purchases of U.S. farmland demonstrates the need for more proactive legislation and government transparency of these purchases. This legislation would shine a light on American agricultural land controlled by entities in communist China and elsewhere so we can evaluate the risk to our national security and implement an effective response. I’m pleased to join Rep. Stefanik in providing solutions to protect our food supply and those who produce it,” Crawford said. 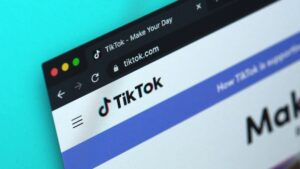