Attorneys say police misconduct was a contributing factor in the case

Two Georgia men rang in the first New Year with their families in more than two decades after being exonerated of a crime for which they wrongly spent more than 25 years in prison.

“You never think something like that is going to happen to you,” Lee Clark said in a statement through GIP. “Never would I have thought I would spend more than half my life in prison, especially for something I didn’t do. I’m just glad the truth finally came to light after 25 years. I’m so thankful for the Georgia Innocence Project and Proof Podcast for what they did. Without them, I would still be in prison.”

The two men were teenagers when they were charged in the shooting death of their friend Brian Bowling, who died from a gunshot wound to the head in his bedroom. According to GIP, Bowling was on the phone with his girlfriend when the incident occurred and told her he was playing Russian roulette with a gun brought over by Storey.

Police investigated the death as a homicide and interviewed a woman who claimed months later that the pair said at a party they planned the murder of Bowling because he knew about a theft they had allegedly committed.

In late 2021, podcasters Susan Simpson and Jacinda Davis interviewed witnesses related to the case and found the woman was “coerced into giving false statements and testimony regarding the remarks Storey and Clark purportedly made” and that “police threatened that they would take her children from her if she failed to comply with their demands,” GIP says.

They also found that a separate witness who is both hearing- and speech-impaired was misunderstood at trial.

“Official misconduct was certainly a contributing factor in Lee’s case, just as it has been in over 50 percent of wrongful conviction cases,” said GIP Accountability Counsel Meagan Hurley, who represented Clark. “What we should take away from this is that unfettered power, without proper checks and balances, leaves ripe the opportunity for mistakes and misconduct. Proper oversight, coupled with educational initiatives designed to prevent and correct wrongful convictions, is key.”

She added, “Prosecutors have a duty to see that justice is done in their cases, and that must include a commitment to principles of integrity, equity, and accountability. It is imperative that they are willing to take corrective action when they see injustice, including when the injustice is perpetrated by police.” 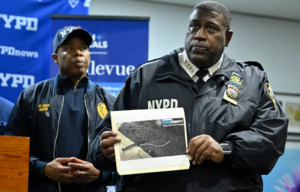