Trevor Bickford was taken into custody on Dec. 31. Bickford is 19 years old and a resident of Maine. The NYPD said he has ties to Islamic extremism and was radicalized online.

One of the victims was a rookie officer who was on duty for the first time. Bickford slashed him in the head, fracturing his skull. Another officer shot Bickford in the shoulder. In total, three officers were injured as a result of their contact with Bickford. All the men and the suspect are being treated at Bellevue Hospital and are expected to survive their injuries. The officers’ identities have not been released to the media.

“We are really pleased by the response and how our officers handled this situation,” said Mayor Eric Adams in a Jan. 1 statement. “All three of the officers are in stable conditions and there are no credible threats to New Yorkers at this time… these officers responded in an admirable, professional manner.”

Police Commissioner Keechant Sewell said at the press conference that the attack occurred around 10:11 PM on Dec. 31 at the corner of West 52nd Street and 8th Avenue. He said Bickford was armed with a machete and was unprovoked.

“We are working with our federal partners for this investigation and it is ongoing. I would like to stress, as the mayor said, there is no active threat at this time,” said Sewell. “This is another reminder of what our officers face.”

The Assitant of the FBI’s New York field office Director Michael Driscoll also stressed there was an ongoing threat to the city and that an investigation is underway. The agency’s Joint Terrorism Task Force has not classified the incident as a terrorist attack at this time.

Law enforcement sources have reportedly told CNN that Bickford was interviewed by the FBI in December after saying he “wanted to travel overseas to help fellow Muslims and was willing to die for his religion.” According to the outlet, Bickford’s mother and grandmother reported him to the police on Dec. 10 after becoming seriously concerned about his desire to travel to Afghanistan to join the Taliban.

According to The New York Post, Bickford told the FBI agents after his arrest that he had been planning the attack since Dec. 27 and traveled to New York via the Amtrak train. He expressed that he wanted to attack an officer in uniform or an armed person because they are the “enemy of the state.”

The NYPD released the photo of Bickman’s weapon, an 18-inch long blade.

Law enforcement has also reportedly obtained a diary belonging to Bickford that includes a last will and testament dated Dec. 31. The diary, in which Bickford urged his family to “repent to Allah and accept Islam,” was allegedly found in a bag discarded before his attack.

The attack was one of several New Year’s Eve stabbings documented over the weekend. Less than two hours before Bickford’s attack, a man stabbed another man in the neck with a pair of scissors during a fight on West 42nd Street and 6th Avenue. Inside a Dave & Busters sports bar in Time Square, a fight ended in a fatal stabbing. 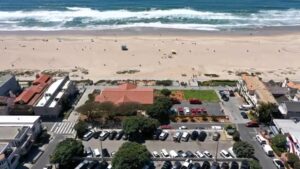